Meet the women taking the city on a ride

Here are their stories for the next time you find one of them behind the wheels clad in a sari manoeuvring their new three wheelers. 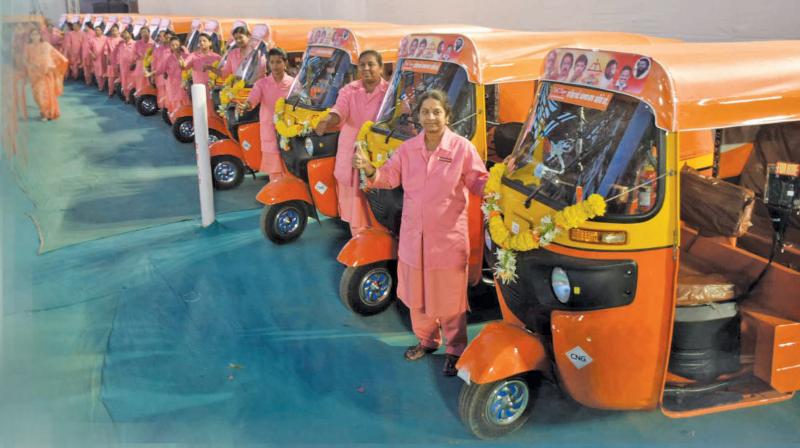 From a double masters holder to a mother of three, women from the city are taking to a profession strictly considered a man’s job, riding an auto-rickshaw. (Photo: Deepak Kurkunde)

Deepa Gondhali slowly turns the accelerator as she watchfully edges her brand new auto rickshaw forward. For this 50-year-old granny taking her grandchild out for a ride after dinner every evening is now a regular routine. Deepa is one of the few women who have learnt how to ride an auto-rickshaw and are now ferrying passengers on the notoriously congested streets of the city. Here are their stories for the next time you find one of them behind the wheels clad in a sari manoeuvring their new three wheelers. 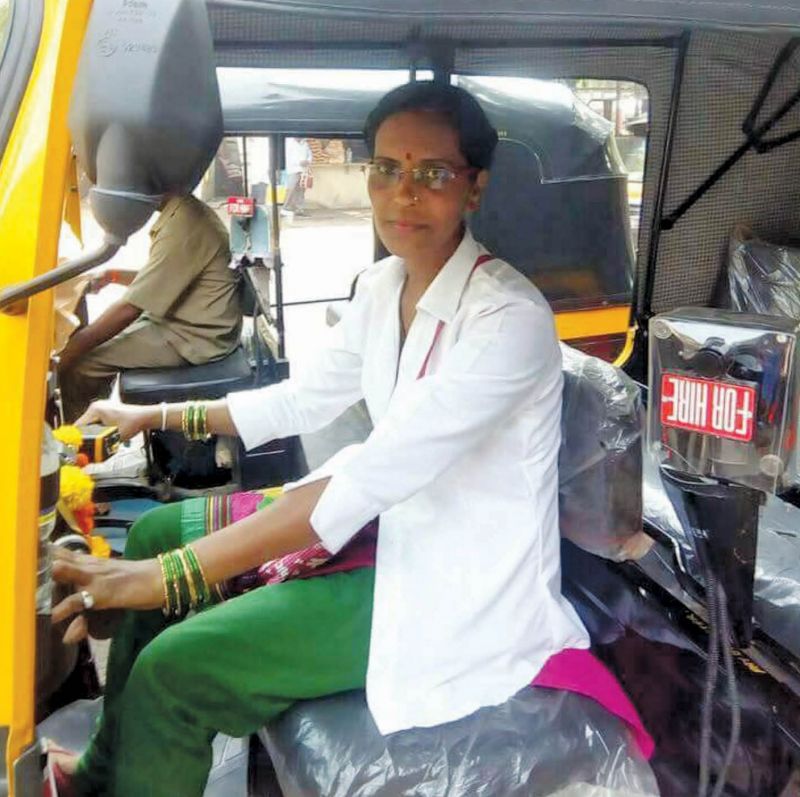 Chaya Mohite
I haven’t even completed my SSC boards exam,” laughs 46-year-old Chaya Mohite as she shares her thoughts on negotiating the traffic in the city. “This was the best option I had. It is better than working as a domestic help. I have my own auto and I’m my own boss. I ride it in the morning from 7 am, rest in the afternoon and again leave for a bit in the evening,” says Chaya who earns Rs 1,000 on a good day.

For a lady who didn’t even know how to ride a cycle, driving an auto was a mammoth feat. “It’s such a proud feeling. I was scared during the training program, but with each passing day on the streets, I’m gaining confidence. The fellow male auto drivers are so supportive. When the auto breaks down in the middle of the road they go out of their way to help us. They teach us a few tricks and trip and warn us to not overtake too often,” she quips. 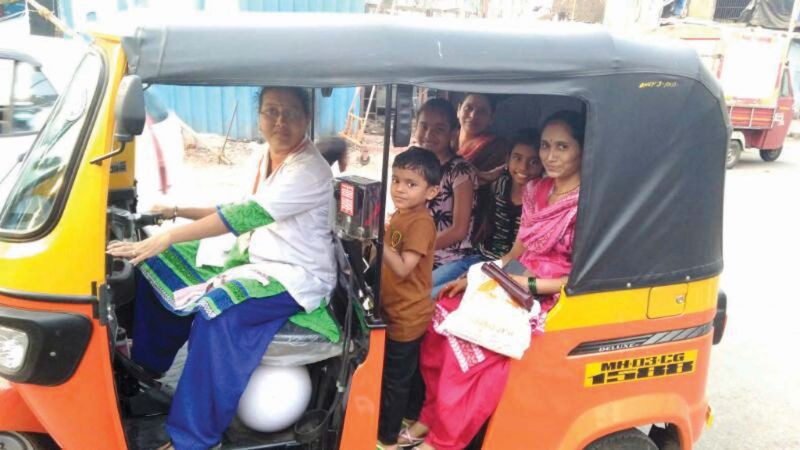 Anita Kardak
For this ex-government employee and a double MA, riding an auto was the next best possible option considering her age, Anita Kardak reveals, “I’m 49-years-old. I quit my government job, as I wanted to raise my children and be with them while they were growing up. I work as an aganwadi teacher and the income is very erratic. Riding an auto was a good option because due getting a job is now difficult because of my age.”

You will find Anita riding her shiny new vehicle on the streets of Vikhroli, “I have bought this auto on loan and I’ve to repay it. I make about Rs 250 to Rs 300 a day and it suffices. When I step out to ferry passengers, everyone is so supportive and proud. They are constantly cheering me up,” says Anita, who rides for two hours a day. 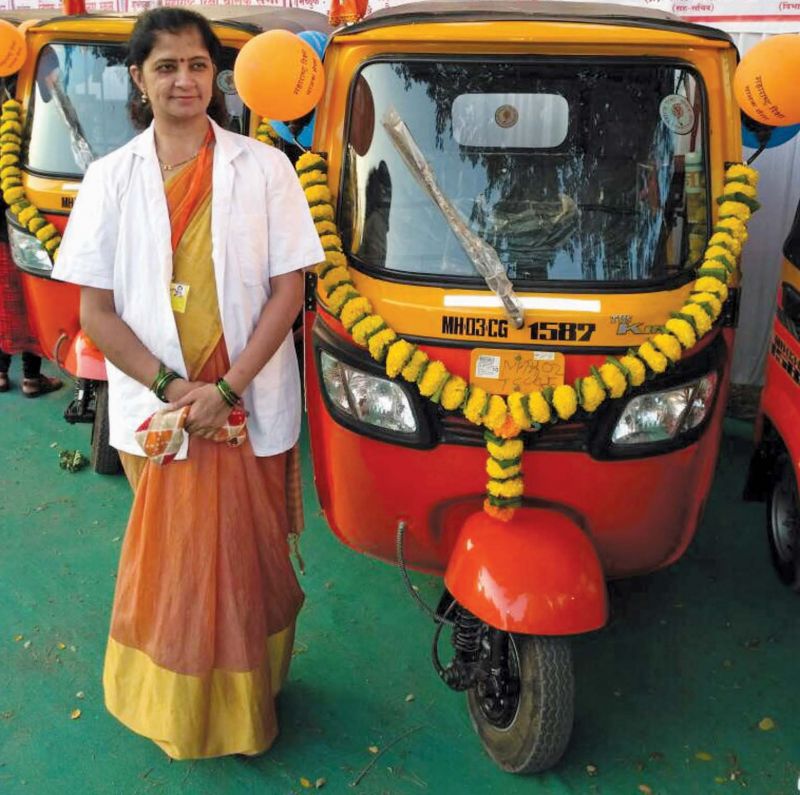 Manisha Krishna Nalawade
Manisha is a B.com graduate and an aganwadi teacher, for this mother of two, it was coaxing by the local ladies that led to her signing up for the initiative, “When the news of five per cent permit reservation for women came about, we were very enthusiastic, since I’m a graduate, the local ladies told me to sign up for it as they thought I would be able to understand the nitty-gritty’s of the job,” she shares. After initial apprehensions Manisha, with her bunch of ladies, were practicing riding the three-wheeler and her family was more than happy to support her. “My husband works in the labour department, my mother-in-law too was of the opinion that I should step out and work. What is the harm is riding an auto? I’ve trained for 25 days and now ride four two hours daily in Saki Naka. Initially there were apprehensions that I might not be able to get a hang of it, but the teacher was very supportive,” says the 43-year-old who is often addressed as didi, tai or bhabhi by her passengers, respectfully so. 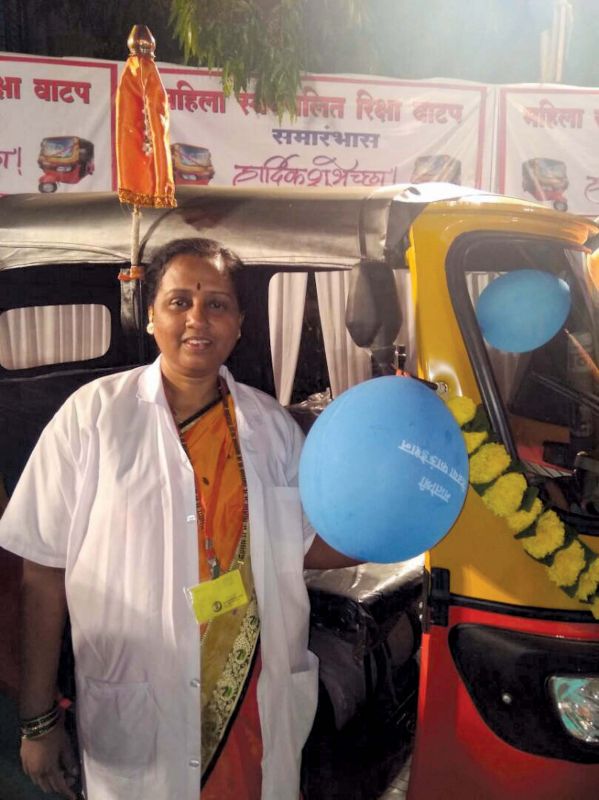 Deepa Ravindra Gondhali
Deepa never thought of riding an auto ever before even though her husband is an autodriver. Today, as she zooms past the streets of Mulund just like her husband, nothing makes her happier, “I was an operator with Onida, nothing gives me more joy than being independent at the age of 50. My husband helps me a lot. I don’t venture out during peak hours as I’m still not that confident but and I’m waiting to take a long-distance trip soon,” she shares. Ask her what her fellow-driver-cum-husband has to say about it, she smiles and says, “I now take my children out on rides, a job which was assigned to him all these years.”