The tablets, known as “turbah” or soil in Arabic, come in many shapes - round, square, lozenge, half-circle - with various inscriptions. 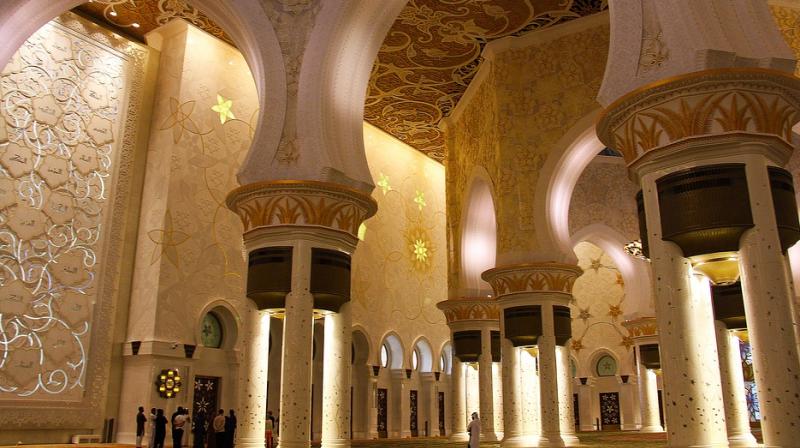 KERBALA, Iraq: For pilgrims, the clay tablets from Iraq’s Shi’ite Muslim Kerbala shrine are a blessing, an aid to prayer, even a cure for sickness. For local families, they are all that, and also a business.

The tablets, known as “turbah” or soil in Arabic, come in many shapes - round, square, lozenge, half-circle - with various inscriptions, often praising Imam Hussein, Prophet Mohammad’s grandson who is buried in the city. But they are all pressed from the same sand dug up around the site, 100 km (62 miles) south of Baghdad, where the imam was killed with most of his companions and many of his family in the 7th century, after he rose up against Ummayyad Caliph Yazeed.

Pilgrims - who press the palm-sized tablets to their foreheads when prostrated in prayer - buy the turbah from a small band of local craftspeople and dealers. “My family of eight children live from this business, and our income vary with the seasons,” said Um Ahmed, 45, who inherited a small turbah workshop from her father.

Um Ahmed uses copper moulds to hold the muddy mix of sand and water, and engraved steel plates to stamp the holy inscriptions on the tablets after they have dried in the sun. The sand is highly cohesive with a low salt content and filtered for impurities. She makes up to 50 engraved tablets a day, and sells them for 250-500 dinars to wholesalers.

Turbah trade flourishes during high pilgrimage seasons to the golden-topped shrines of Hussein and Abbas, the imam’s half brother and companion who was also killed in Kerbala. Millions of Shi’ites from Iraq, Iran, Pakistan, Azerbaijan, Bahrain, Lebanon and beyond flock every year to Kerbala to commemorate Ashura, or Hussein’s martyrdom, and Arabaeen, the 40th day of mourning, and other religious occasions. Ashura falls in September this year.

Most pilgrims pick up the tablets from stalls around the shrines. “It is my first visit to Kerbala,” said Shabnam, a young Iranian woman, buying prayer stones to bring home as gifts. “They are for prayers, and for curing the ill. The soil of Kerbala is the burial place of Imam Hussein.”

A range of turbah - some connected to electronic counters to keep track of how often they are pressed during prayer - are also on sale on ebay, with prices rising to $15.