Kate suffered from hyperemesis gravidarum, or severe levels of nausea and vomiting, during the early stages of all her pregnancies. 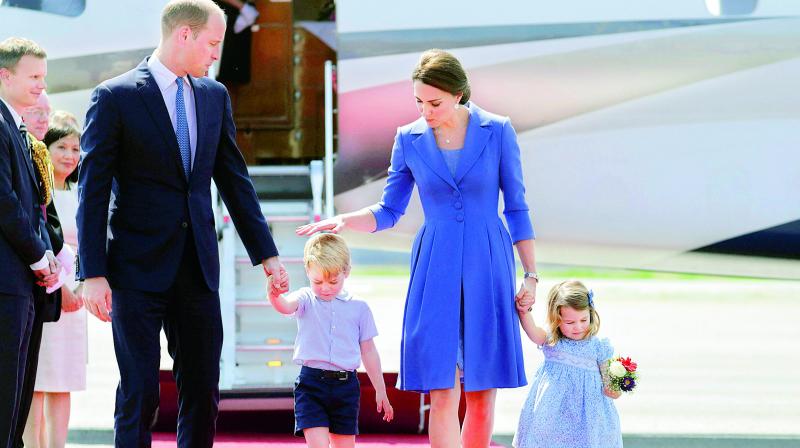 Kate suffered from hyperemesis gravidarum, or severe levels of nausea and vomiting, during the early stages of all her pregnancies. (Photo: AP)

It's a baby boy for Prince William and wife Kate Middleton, making him fifth-in-line to the British throne.

The baby was born at 1101hrs local time, Kensington Palace said in a statement today. This is their third child.

The 35-year-old father, Duke of Cambridge, was present at the birth of his boy, who weighs 3.82 kg. The palace added that the mother and baby are "doing well".

The 36-year-old Duchess of Cambridge was earlier today admitted to the Lindo Wing of St Mary's Hospital in London, where both her previous pregnancies George in 2013 and Charlotte in 2015 were also born.

The new child will be fifth in line to the British throne, behind big sister Charlotte and pushing uncle Prince Harry one place down the line of succession to sixth. He or she will be the sixth great grandchild of Queen Elizabeth II, who celebrated her 92nd birthday on Saturday.

A change in the law after William, 35, Kate, 36, were married in April 2011 gave female heirs the same rights of accession to the throne in the UK as men.

Kate suffered from hyperemesis gravidarum, or severe levels of nausea and vomiting, during the early stages of her pregnancy during all three births.

For a girl, the favourite names are Alice, Mary, Victoria and Alexandra, with Albert, Arthur, Frederick and James as the top choices for a boy.