Every child loves to listen to a story, and when narrated using objects like clay and wool it is sure to engage them. 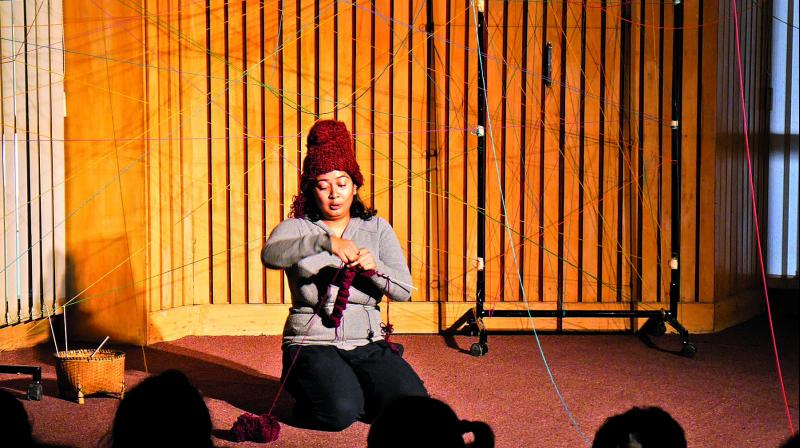 Choiti Ghosh in action during the Oool play

Holding a child’s attention for a long time is a tough task, for you ask them to imagine a cat they will picture the surroundings on their own. But at the ongoing Baby Theatre Festival you see a different picture. These munchkins with eyes wide open are engrossed in the performance. These carefully curated performances manage to keep even a six-month-old engaged.

The festival is a unique initiative built around the idea of giving age appropriate performances that kids can relate to. Choiti Ghosh, creative director at Tram Arts Trust, organising the festival, tells that the show is a compilation of plays created specially for babies between the age group of six months to six-years-old.

“The plays have been tailor-made to cater to children’s sensibility. This is the age group that is left out of most theatres because there has been none that is made for them. But in the last couple of years, theatre professionals have come up with children theatres in various cities and hence it was natural for us to put this together,” says Choiti.

In their last play, Clayplay, the character discovers a ball of clay and create objects out of it, transforming into something else. Making a snake out of the clay to moulding it into a mask. “It’s a visual delight for children. It’s not magic and they know it but they still see magic in it. After the performance, we spend 45 minutes with the kids letting them create objects  from the clay,” says Prerna Bagaria of Mana Mela who performed the play. 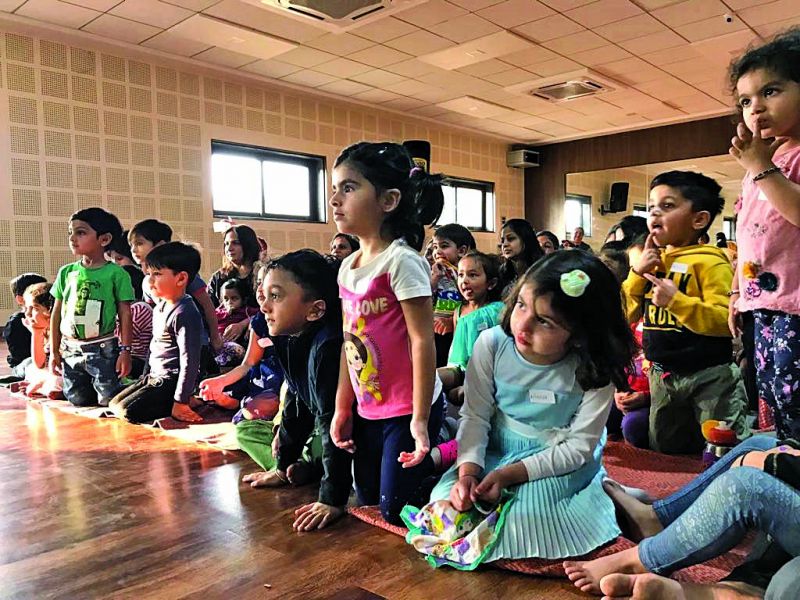 Toddlers gripped by the performance

And once they  start creating different objects from the clay, Prerna introduces other objects like twigs and leaves. Further, children using their imagination incorporate them into their creation.

Their upcoming show Oool, to be performed by Choiti, will see the use of ‘wool’ in an abstract way to narrate a story.

“Children respond very well to objects and materials. You’ll see them playing with objects all the time. When they are very young they don’t need a fancy toy. They are happy with a spoon or a box,” she laughs. Talking about the show and how useful inanimate objects are, Choiti says, “All the plays we’ve done are largely non-verbal, they are based on imagery and none of them follow the traditional form of storytelling. They are all abstract pieces around images, sound, and looking at different ways to stimulate senses. And using only one kind of material, in this case wool, to create these imagery.” Oool is specially curated for children from the age of three to six-years-old.

And Choiti dismisses the myth of children of this age do not watch something quietly. 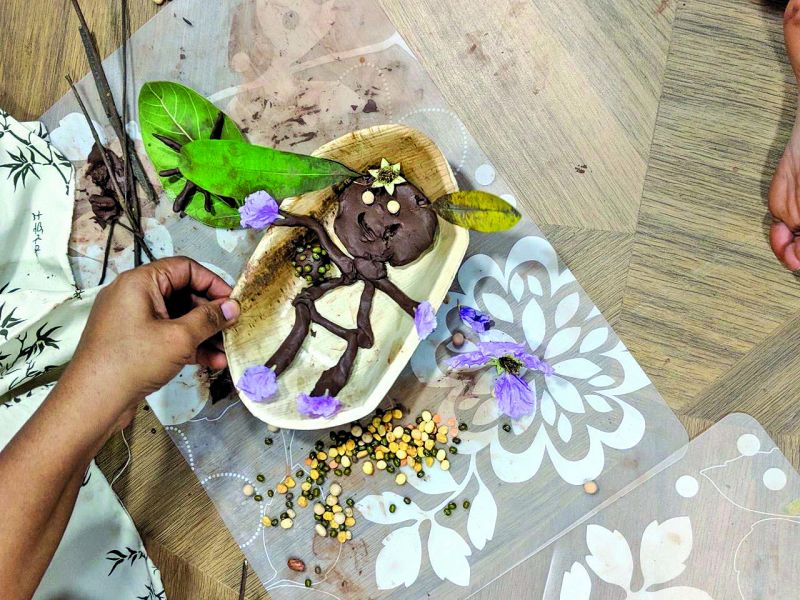 Clay art done by a kid

“In this festival we saw six-month-old baby absolutely quiet, responding and watching a 25 minutes long performance with complete focus,” she beams. “There are a lot of techniques by which we can grip their attention. Even  in the case of older children or adults. If it were a boring play even they would get bored,” she smiles.

And once they wrap up the festival here, organisers plan to take this to different cities.