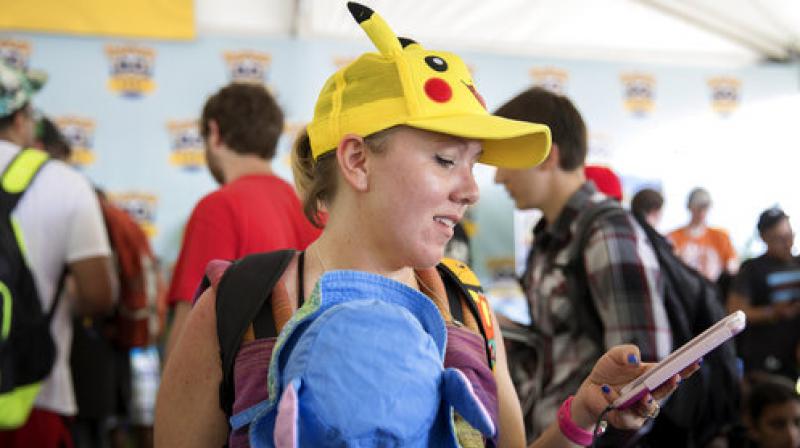 Lauren Schuster of Miami looks at her phone as she struggles to get her Pokemon Go game to quit crashing at the Pokemon Go Fest Saturday, July 22, 2017, at Grant Park in Chicago. (Photo: AP)

Chicago: A Pokemon Go festival at Chicago's Grant Part to celebrate the virtual game's one-year anniversary went awry when a technical glitch prevented many players from logging on.

The Chicago Tribune reported the festival's organizers decided to issue refunds for the $20 tickets and $100 in credits for use on the app. The Chicago Sun-Times reported the CEO of the game's developer was booed when he tried to explain the problem to the crowd. Niantic Inc.'s John Hanke said "the whole Niantic team" was working to fix a glitch in the server and log-on problems with cellular service providers AT&T, Sprint and Verizon.

Some in attendance paid as much as $400 online for the tickets when they sold out within minutes of their June release. The augmented reality game that uses GPS to locate, capture, battle and train virtual creatures was introduced in the United States in July 2016.