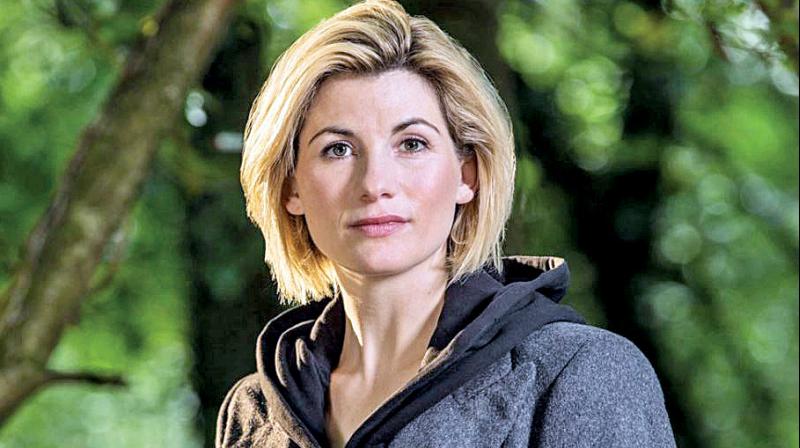 Jodie Whittaker will be playing the 13th Doctor on the BBC popular Doctor Who.

On July 16, when the broadcaster announced that Jodie Whittaker, star of the British crime drama Broadchurch, would become the first female Doctor in Doctor Who, fans couldn’t restrain their surprise. Jodie succeeds the current star, Peter Capaldi, who announced in January that he would leave after the 2017 Christmas Special.

We speak to Indian television writers, producers, directors  and comic book enthusiasts on one popular male fictional character that they would like to cast as female for Indian silver and/or big screen and why.

‘Deepika has the poise for a superhero’
Indrajit Lankesh, Filmmaker
Since 1963, all the Doctors from Doctor Who have been played by a man. So, it came as quite a surprise, a pleasant one I daresay, when the producers of the show replaced a man with a woman. Jodie is up for a big challenge and I appreciate how she is challenging the character’s ideals. Closer home, Krrish is an interesting superhero character that could be played by Deepika Padukone. I watched Wonder Woman recently and I think Deepika comes with the poise of a female superhero.

‘I want to see Batman turn into a series ’
Ranjeet Thakur, Producer
As the Indian television is evolving, I would like to see Batman turn into a series here. And if there is someone who can play the role best, for the Indian television, I think it is Kritika Kamra. She would be a great choice to take on the world and do justice to the character of Batwoman.

‘A female sherlock would be great’
Jatin Varma, Indian founder of comic con
The one character I think would be interesting to see from a female perspective would be Sherlock Holmes. Choosing an actress for this is really tricky. Although Lucy Liu already plays the female equivalent of Watson in Elementary. But a female Sherlock would be great. My top picks are Cate Blanchett or Eva Green.

I’m saying this because if you look at the characteristic traits of the fictional detective who has mind-reading skills, intelligence and amazing observational skills and if you switch it with a female counterpart, it might actually work and will give an entirely new dimension to the role. I would, in fact, be very interested and would look forward to seeing it.

‘It would be great to have a female equivalent of Darth Vader’
Abhijeet Kini, illustrator and creator of Angry Maushi
DC and Marvel comics have already built on the female equivalent characters of their superheroes.

You have a Batgirl for Batman, a Superwoman for Superman, Tarene (or Thor Girl) for Thor. But it’d be great to have a female equivalent of Benedict Cumberbatch’s Dr. Stephen Strange and Darth Vader!

Of course you can’t imagine Darth Vader as a female character, but when you think about it, a woman playing such a role would make it darker and murkier making the whole franchise very exciting!

‘I think Frank Underwood from House of Cards can be emulated by a woman perfectly well’
Sandiip Sikcand, Producer
I would love to see a female play the character of Frank Underwood (who is portrayed by Kevin Spacey) in the political drama that’s gripped every single one of us — House of Cards. Frank, a man for whom power is the prize, and who is willing to commit any crime — including murder — to get it, can be emulated by a woman perfectly well. I think power suits women more and they handle it way better than men. Ruthlessness, conscienceless-ness, deceit and unending ambition have been some of the qualities of Kevin’s character. But I think, when it will be played by a woman, it can be balanced out with elements of surprise and charisma. Someone like Ashwini Kalsekar, who is not only a powerful actress but also an idealcombination of brain and beauty is my choice for Frank Underwood.