A few groups have been actively searching for and rescuing stranded animals from the floods. 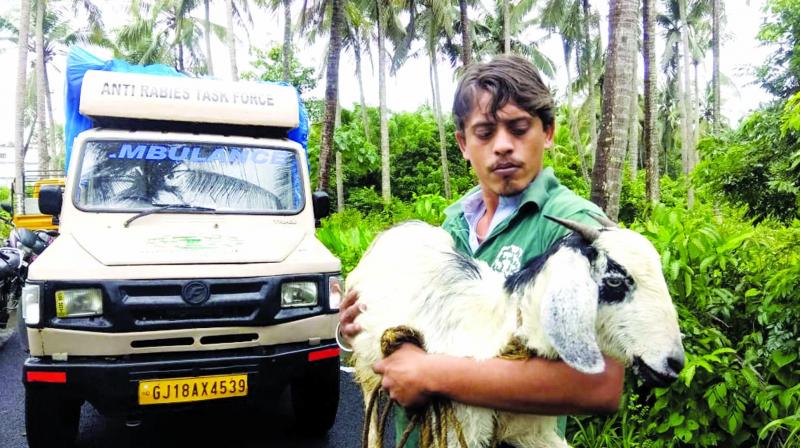 I get calls at all times of the night from people who are evacuating their houses but cannot take their pets with them.

For all those animal rescuers and individuals working for the welfare of animals in the state, the unprecedented floods presented a traumatic experience. Even some of the volunteers who have been in the field for a long time could not stop the tears from filling their eyes at the callous attitude of humans towards the pets that were once loved, cuddled and fed and the cattle that gave them financial sustenance. Says Gayathri Krishna, who works for Humanity for Animals, which was started by Renjini Haridas, “It has been days since I slept since I have been co-coordinating and helping in the rescue operations of animals. I get calls at all times of the night from people who are evacuating their houses but cannot take their pets with them. Sometimes it is because the pets are not allowed into the boats and sometimes it is because the evacuees do not want to burden themselves with a pet.”

Her team consisting principally of Sajith and Imran describe some experiences they faced, “Whenever we would reach the homes, with great difficulty, of the people who have contacted us, we face the ire of humans who demand why we are rescuing only animals and not human lives” she says.  So the rescuers ended up saving humans and animals alike. The team concentrated primarily on the Kadungalloor and Aluva regions. She describes with horror, tales of the animals half-drowned in cages or tied up in houses with just their heads visible over water. She describes a Dachshund left inside a cage that was rapidly filling up with water and a neighbour who informed her of the dog's plight, which was rescued in time. But there were also some animals for whom help came too late too. 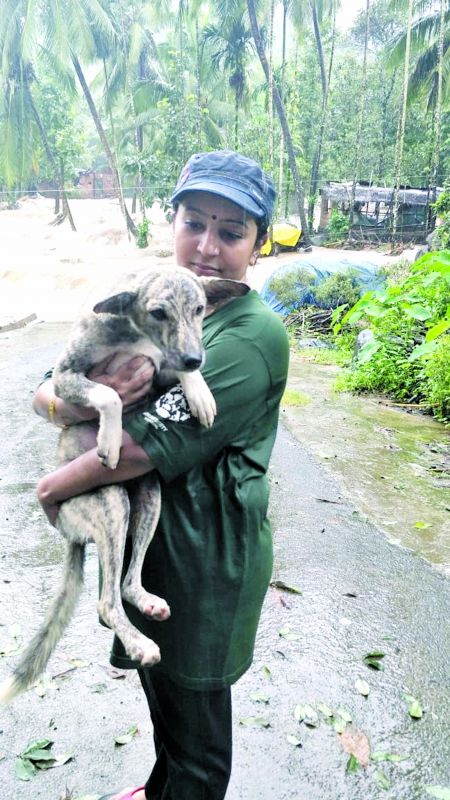 She adds, “Just yesterday 25 dogs were rescued from the Varapuzha area.”  The animal rescuers are facing a dearth of volunteers who wade into danger without support from any quarters. There are also heartwarming stories of how a man in Chengannur moved his cattle and dogs to the terrace of his home and stayed with them for two days till they were all rescued.

Also doing the social media rounds is the story of Ammini Amma, who lives with nearly 40 dogs in a thatched settlement. It took a couple of days but she was finally rescued along with her pets. She refused to leave her house and her pets behind and even sent the volunteers on their way until they came back to evacuate all of them. She is now housed in a temporary shelter along with her dogs. 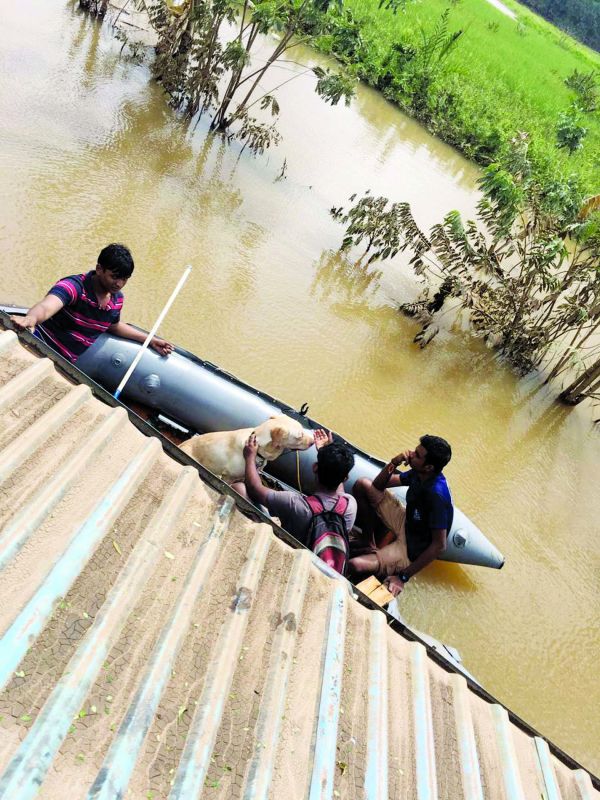 Sally Varma and her six-member team, who are a part of the Humane Society International, have been active in the rescue of animals for the past several days, working tirelessly day and night, especially in the Malappuram area to bring to safety animals that have been traumatised, abandoned and distressed. She mentions a lot of animals have died in the flooded areas but that she and her team will work until the last of the animals have been saved.

They call themselves the animal crusaders, who are culled from various states of India, and the main objective is to prevent the cruelty towards animals and man-animal conflict. So a group of 50-60 animal crusaders rushed to Kerala when they heard of the floods 10 days back. Sachin Stalin and his group have been working in nine districts tirelessly and explain why they came together.

“We are happy that a lot has been done for humans and the infrastructure but we felt the need to do something for animal life too. Hence all of us who have professional lives came together to Kerala to help the animals here,” he says.

Sachin explains that there are two categories of animals - strays and wildlife and domestic animals. Sachin says, “In all the rescue efforts we undertook we did not find any wild animals in trouble. The wild animals have a sense of impending natural calamities and saved themselves, whereas domestic animals and poultry bore the brunt of the floods.”

The crusaders gave their personal numbers for requests to come through and have doctors and ambulances equipped with food. Sachin mentions, “We also have a 24/7 dedicated call centre that people can call for any animals that need rescue.” For any animal rescue, please call 9167466569.