A desi queer horror zine named Normal brings together a collection of horror stories and illustrations from a queer perspective. 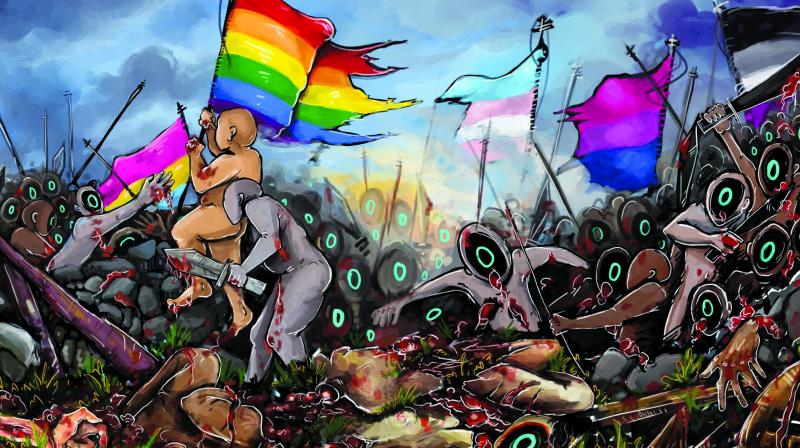 In Sakshi’ conscious efforts to give queer writers and artists their due space, the project took four months to complete. If a straight ally has written a story, the illustration is worked out by a queer artist, and vice versa. Some pages have both the stories and illustrations done by LGBTQ+ persons.

The cover of a zine named Normal has cover art that is completely opposite to the title — a green horse-dragon with white wings, a headless man holding a multi-eyed baby, and a ghost with eyeballs instead of a head sitting on a chair. The zine, created by Gaysi Family, is a mix of horror stories from a queer perspective.

Founder of Gaysi Family Sakshi Juneja, who is a fan of the horror genre, wanted to explore it further through the zine. “When you look at the Indian queer narrative, we don’t really see horror stories. So we thought why not experiment with the horror genre, and also look at the sub-genres. It’s not all about ghosts and spirits and haunted houses, it’s a mix of psychological horror and also murder mysteries. We also wanted to look at Indian queer stories; it’s about making it very desi centric so that there is a relatability factor,” she explains.

Horror and queer are both considered not ‘normal’, and with this zine Sakshi wanted to push the boundary of the words. “When you talk about being queer or being from the LGBT+ community, you hear a lot of people tell us it is ‘not normal’. Even queer people say a lot of times, ‘I just want to be normal.’ We thought it suited the theme as well because we wanted to take a snarky tone on ‘normal’. It is something that is thrown at us and is internally projected by us that we need to be normal, and this was an attempt to amplify that word,” the founder shares. 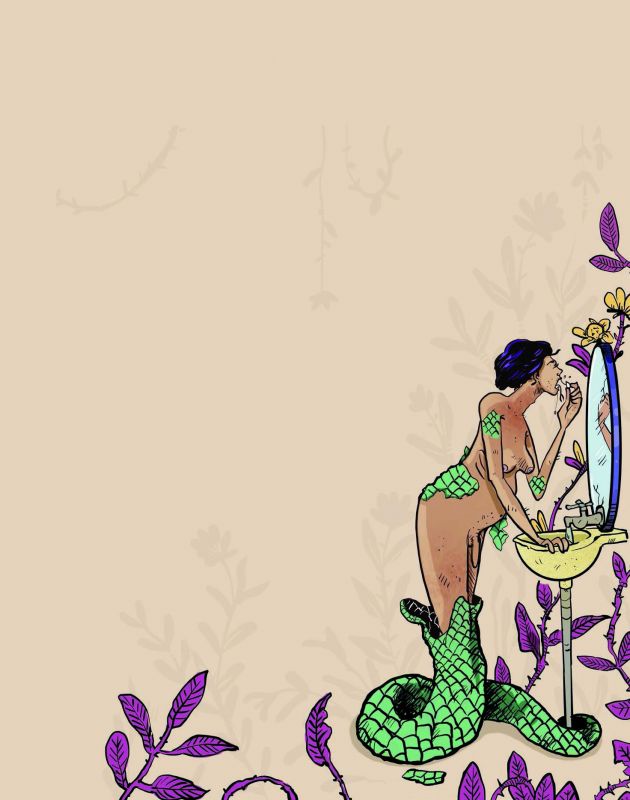 The zine is filled with spine-chilling stories like a murder mystery called Wrist Action, where a taxi driver encounters a creepy passenger who wouldn’t stop staring at him. The vivid graphics depict unique takes on issues like gender, identity, violence, and homophobia by various artists. Speaking about the story subjects of the zine, Sakshi says, “There is one story that plays on the South Indian folklore, so it is about monsters and evil; there is one about internalised homophobia; there is a quirky story about the current dating scene among the queer community. We also have double-spread illustrations about the phobia that exists within the community, and fights that exist between the minorities in the community.”

In Sakshi’ conscious efforts to give queer writers and artists their due space, the project took four months to complete. If a straight ally has written a story, the illustration is worked out by a queer artist, and vice versa. Some pages have both the stories and illustrations done by LGBTQ+ persons.

The team managed to reach their crowdsourcing target of 1.5 lakhs well before time. This reassures Sakshi that the queer community is getting stronger support from their allies. “Especially in the last couple of years, there has been so much sensitization and advocacy, and so many organisations and support groups have come up because there has been so much conversation out there. Definitely, we’re moving towards a positive and better world,” says Sakshi in conclusion.