When the going gets tough, even the tough stay indoors. 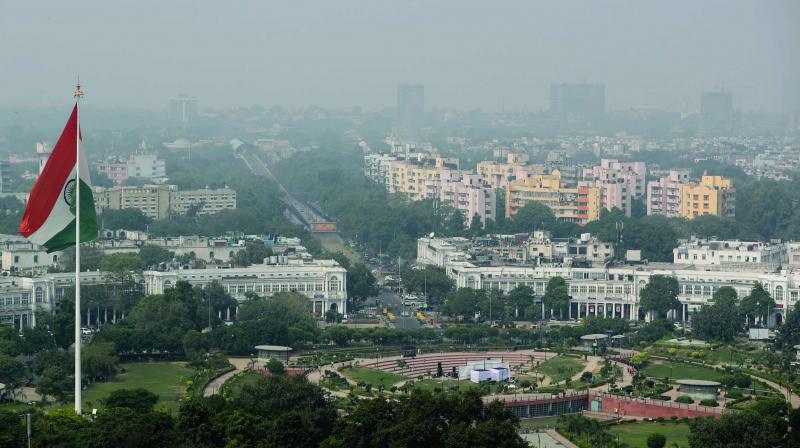 The sun smiled, the clouds drifted, and the occasional rain invigorated everybody. (Photo: AP)

’Twas a beautiful time. The sun smiled, the clouds drifted, and the occasional rain invigorated everybody. Alas, this was short-lived: the treacherous change of seasons transpired — as simultaneously began the infamous stubble burning in the capital’s surrounding states — and Delhi became the gas chamber it always was (although, a few weeks of rain had most people convinced otherwise).

On the day after Dussehra, special educator and school counselor Guntasha Sangla woke up to her first pimple in many months. A few days later, it became a full-fledged bout of acne. “I went to the dermatologist, who did a skin-prick test and determined that it is all because of pollution,” she reveals. Despite living in a relatively clean area of the city, Delhi Cantt, she begins her day with an invigorating walk in the forest — but not without a pollution mask. Just a few days ago, Guntasha was headed back to the capital from Kasauli in Himachal Pradesh, where, along the highway, “every second field had been turned to ashes.”

“Since the past few years, we have only been using organic home-based hair and skincare solutions.

“My family has been falling sick, on and off, during this time. Also, I work at a school, where many children have been falling sick and no one comes to school anymore without sanitised clothes, a pollution mark, and they mostly avoid playing outdoors,” Guntasha adds, painting a grim picture.

Indeed, life in Delhi is no walk in the park: unless we’re talking about an industrial one. Ask Jaideep Misra, a corporate employee who makes the Delhi–Noida odyssey every day, what it means to be in a car during office hours. “I have negotiated an entirely different time slot with the office now, to avoid the peak hour jams. Even then, despite the weather being pleasant now, I never lower my windows.” Living next to a busy intersection in Saket, he consumes herbal concoctions to keep his lungs clear. You will also find him driving down to the hills every two or three months. “Consider it a necessary detox,” he says.

Athlete and businessman Vinayak Bhambri has amped it up another notch by making international travel for two weeks after Diwali a yearly affair. “At home, we have kept many plants to ensure the air is clean. The same is true for my workplace. Even though I am an athlete, I do not even work out outdoors. Also, I use a cold-water handkerchief, which is oxygen-rich, almost all the time,” he comments.

But if you ask a doctor, such as pulmonologist Dr. Piyush Goel at Columbia Asia Hospital in Gurugram, he discloses, “For the past 15 days, I have been advising all my patients to stay indoors and even avoid going on a walk. Especially elderly people, people with chronic lung diseases, and people who are immunosuppressed — cancer, chemotherapy, and transplant patients — are all more prone to infections.” He continues, “What is happening is that these PM 2.5 and PM 10 particles can get into your bloodstream, and enter your heart and brain, leading to cardiovascular diseases, or even a stroke. It is harmful to infants, pregnant women, and studies have now linked pollution to cancer.”

Indeed, in such a situation, we cannot help but wonder — when pollution is here, can clean air be far behind? One day, we hope.