You may be schooling and figuring out everything, and then there’s Mauraya — he does it all, makes films and bags awards! 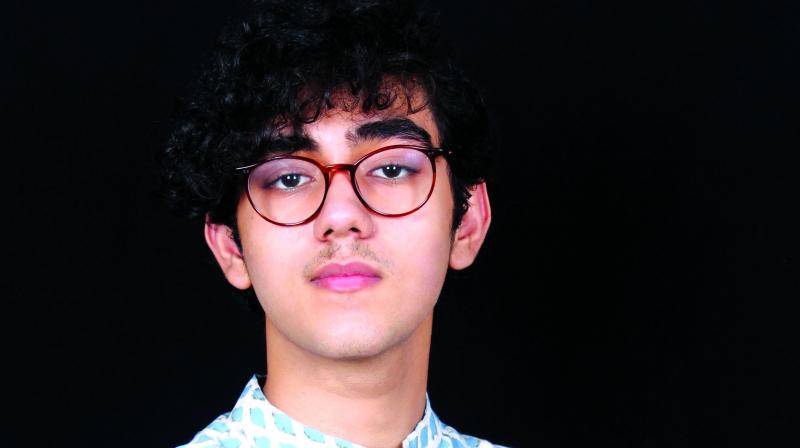 What were you doing when you were 15 years old? Chances are, you were in the 10th grade coping with schoolwork, the daunting board examinations, and trying to get into the stream of your (or, well, your parents’) choice. But not everyone’s caught in the rut. Case in point being Mauraya Sharma, a tenth grader who has done it all. From academics to art to music to films, he dabbles in the best of all worlds.

One might wonder, “What does he eat that he has the vigour to do everything?” Well, we may not know what he eats but we did catch up with him to know more about his multitasking abilities. He reveals, “I just have a passion for it. I do fine arts as well and try to use that in my films and my work. I tend to associate my academic stuff with my art or films.” It is his passion that helps him manage his timings.

But what seems superhuman is only human, after all, as he also has challenges to cope with. He explains, “It is very challenging to manage my stuff. We all work on a very hectic schedule and have a certain way of doing things.”

The desire to direct films came to him at a very young age when his parents showed him a Yakshagana play, which is known for its animated expressions and had him bedazzled.

He recently completed his second film, Unbinding, which revolves around a woman’s uncanny relationships, stimulating the audience to forego terming desirable women as witches. He elaborates, “It is a very symbolic film. If you look at all my work, you’ll see a pattern that is dwelling on the eradication of structure. I have a way of believing in a world where nothing can be bound by something and gender is a construct that is bound by society.” He also expresses his love for fantasy and how he has a fasci-nation to change the world.

His debut film, Looking into the Bamboos, is a documentary and was very well received by the audience.

In fact, his second film received many accolades, both in India and overseas, as well.  When asked about his thoughts on the reaction received, he very honestly said that he did not expect such a response. “The reaction to the first film was the driving factor that made me make my second film. But my second film, I made it regardless of the audience. As a filmmaker, my priority is not the audience but what my work is,” he shares.

Sure, he may be able to boast a trophy-cabinet worth of awards, there isn't a speck of an inflated ego to find in his attitude. He expresses, “I don’t see them as awards until I am satisfied with what I have done. I don’t use awards as validation.”