With elections in sight, a scrutiny of the contestants’ affidavits reveals that many have chosen to park assets in their spouses names. 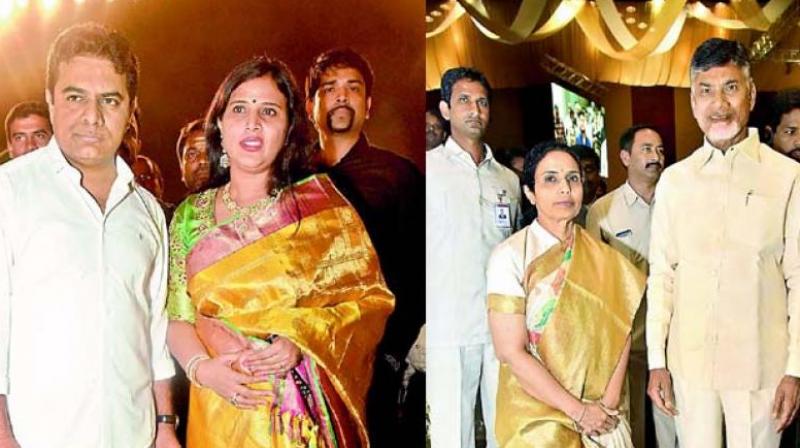 K. Laxmi Reddy is the wife of Komatireddy Raj Gopal Reddy, the Congress candidate for Mudugode assembly constituency. We now know that the lady of the house dominates the list of ‘ultra-rich’ wives of Telangana politicians. Identified as the ‘Director’ of a private firm Ms Reddy owns a whopping Rs 261,84,626 worth of investment and shares. Her wealth includes 399.6 tolas of gold and diamond jewellery, making the total amount the highest value of assets registered on the name of a spouse.

So is the case with K. Shailima who is several times richer than her husband K.T. Rama Rao and that of Ms Sabina Farzana, spouse of Akbaruddin Owaisi.

An analysis of the affidavits where the legal assets are declared, exposed that a majority of the netas have parked their wealth in the name of their respective spouses. Kishen Reddy, a known name in the BJP party circuit, Etela Rajendra former finance minister in the TRS cabinet and TPCC chief Uttam Kumar, all have well off wives and mind you, the wealth has shot up in a span of four years.

The revelation of sorts is that assets registered on the spouses name will help politicos ‘escape’ tax scrutiny. Following the declaration of assets, the Election Commission of India, forwards the affidavits to the Central Board of Direct Tax (CBDT) who will in return evaluate the wealth in proportionate to the legal source of income.

Professor Jagdeep Chhokar, member, Association of Democratic Reforms (ADR), an election watch body, said, “The CBDT’s job is to match assets with the annual income tax return. Assets disproportionate to the legal source of income will invite tax raids and disqualification of the candidature. So, it is wise enough to park properties on the spouses name as they are excluded from the scrutiny.

But the problem that looms large is CBDT has not been accessing affidavits despite inquisition. Various election monitoring bodies have been requesting the board to at least verify the affidavits of candidates who are elected to power.” 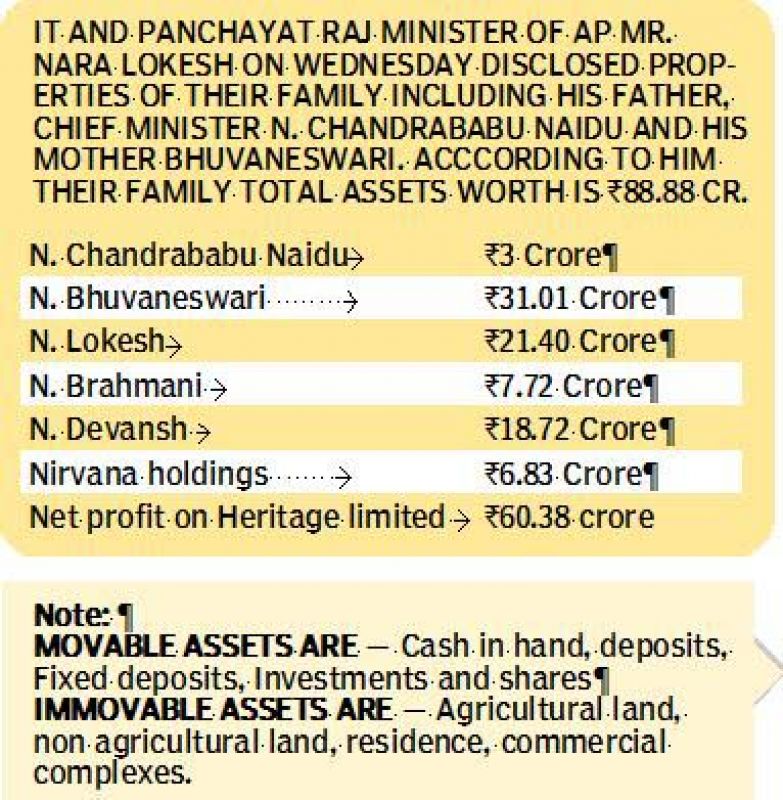 Not too long ago, while hearing a particular case Justice Kuldip Singh of the Supreme Court pointed out that CBDT has not been ‘accessing properties’ of politicians to check if there were in sync with the income.

Interestingly, it is not male politicians alone, but contesting female netas too seem to have played the same trick. The wealth of Mr Bharath Simha Reddy, husband of D.K. Aruna, contesting on a Congress ticket for Zaheerabad, is Rs 34.52 crore while that of Aruna is a mere Rs 2.48 crore. Another Congress bigwig Geetha Reddy’s husband stands on the level financial scale as her.

Analysis into the assets of Andhra Pradesh Chief Minister N. Chandrababu Naidu declared in 2014, revealed his wife Nara  Bhuvaneshwari is richer by multi-folds.