The monks said the bed of 445 bullet shells honors the estimated 445 Roman Catholic priests, nuns, monks killed for their faith. 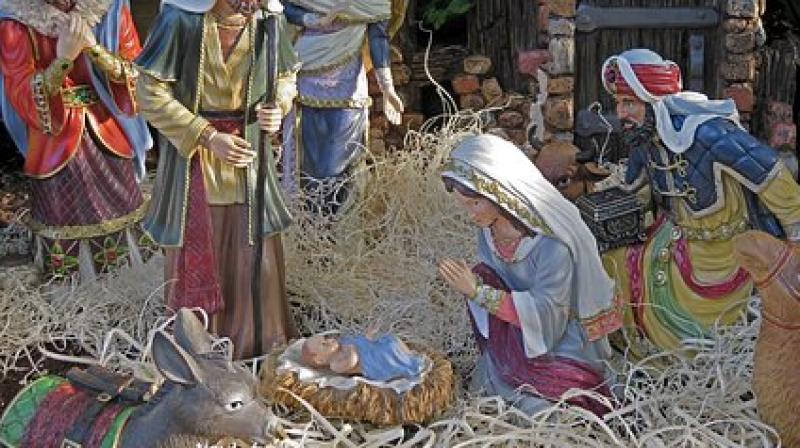 The first nativity scene was assembled by St. Francis in 1223 in the small Italian town of Grecio. (Photo: Pixabay)

Franciscan monks have put the baby Jesus in a crib made of bullet shells in a yearly “provocation” nativity scene designed to draw attention to those suffering in the world.

The successors of St. Francis of Assisi, who invented the nativity scene, craft a different scene each year outside the basilica in the Italian hill city of Assisi, the burial place of the 13th century patron saint of peace and the environment.

The monks said the bed of 445 bullet shells honors the estimated 445 Roman Catholic priests, nuns, monks and lay religion teachers killed for their faith around the world since 2000.

“People of peace, people of dialogue are killed, tortured and massacred for peace because they want to change the unjust systems in many societies,” said Father Enzo Fortunato, a senior monk at the basilica and convent complex.

Each year the monks choose a different theme for the nativity scene as part of what they call a “provocation” to underscore the need for peace, he said.

Last year they made the scene using stones from the Basilica of St. Benedict in Norcia, also in the Umbria region, which collapsed after a series of earthquakes that killed about 300 people.

The year before, they made it from the remains of a boat that had carried migrants and refugees across the Mediterranean. More than 14,000 people have died trying to make the perilous crossing to Europe in the past four years.

The first nativity scene was assembled by St. Francis in 1223 in the small Italian town of Grecio to represent the Biblical story of Jesus’ birth in a manger in Bethlehem.