Apart from Papon, the other jury members include Himesh Reshammiya, Shaan, and Palak Muchhal. 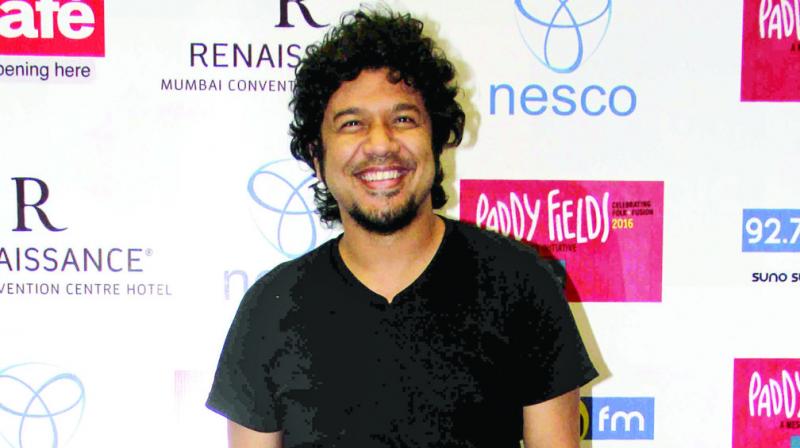 Papon, a mentor to the girl on reality show, The Voice India Kids, and was celebrating Holi during a Facebook Live session on his official page.

Singer-composer Papon is caught in an eye of the storm after he was charged with “inappropriately kissing” a minor. A complaint was filed against Assamese singer, Angarag Papon Mahanta, for kissing a minor contestant of his show during a Facebook Live session.  However, the contestant’s father has released an official statement calling it unintentional.

Taking exception to the act, a Supreme Court advocate Runa Bhuyan has shot off a letter to the National Commission for Protection of Child Rights terming the singer’s act as “inappropriate.”  “I am shocked to see the behaviour of the said singer Angarag Papon Mahanta towards a minor girl where he is seen to be applying colour on a minor girl and inappropriately kissing the said girl. On seeing the video, I am seriously concerned regarding the safety and security of minor girl participating in reality shows across India,” her complaint said. She also suggested that guidelines need to be set up to protect children from “such assaults” in reality shows.

Papon, a mentor to the girl on reality show, The Voice India Kids, and was celebrating Holi during a Facebook Live session on his official page.  “Papon sir is a mentor and a father figure to my daughter. He has always encouraged her to pursue her dreams. What you saw in the video is not intentional. It was just a moment of affection that is being portrayed otherwise. I would request and urge the media to not pursue this further,” the contestant’s father said in a statement.

Apart from Papon, the other jury members include Himesh Reshammiya, Shaan, and Palak Muchhal.

Meanwhile, the singer posted his statement on Twitter. He wrote, “I have a loving wife of over 14 years and two young children. There is a young girl involved, whose identity isn’t marked in any way. Both of our families are being destroyed forever just by people jumping to conclusions. However, this is not to say that I haven’t made a mistake. I might have done it spontaneously but in today’s environment, to touch a girlchild, however innocent your thoughts are, is not advisable. I’m sorry for that.”