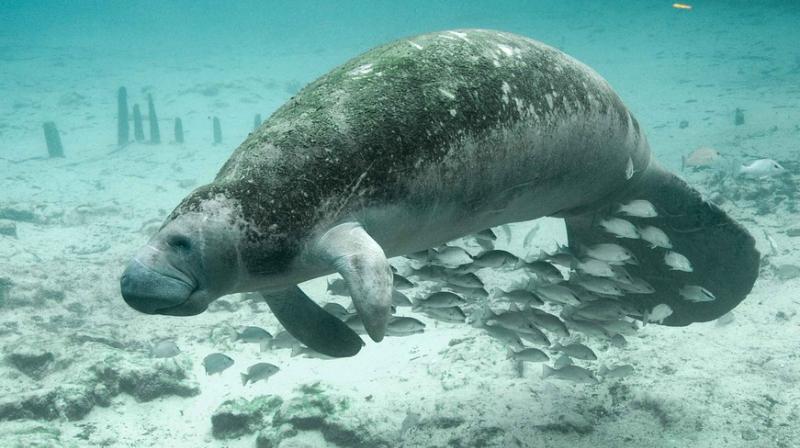 Snooty, the world’s oldest known manatee in captivity, has died in an accident at a Florida aquarium just days after his 69th birthday, officials said on Sunday.

The giant marine mammal was found dead at Bradenton's South Florida Museum early on Sunday. Initial signs were that Snooty swam into a normally closed underwater area housing plumbing for the manatee exhibit and was unable to get out, the museum said in a statement.

“Our initial investigation indicates that Snooty’s death was a heartbreaking accident and we’re all quite devastated about his passing,” Brynne Anne Besio, the museum’s chief executive, said in a statement.

Three manatees in the exhibit who are being rehabilitated for a return to the wild were unharmed. The museum said it would carry out a full investigation and a necroscopy would be performed.

Snooty was born in a Miami aquarium on July 21, 1948, and moved to Bradenton, a Tampa suburb, in 1949. He became the official mascot of Manatee County in 1979 and had more than a million visitors, the statement said.

About 5,000 people attended a birthday celebration for Snooty on Saturday, museum officials said.

West Indian manatees, also known as sea cows, were taken off U.S. Interior Department's list of endangered species in March. Manatees are native to the Florida coastline and their numbers have soared because of decades of conservation efforts.