A large number of musicians, songwriters and artists from all time have been left-handed. 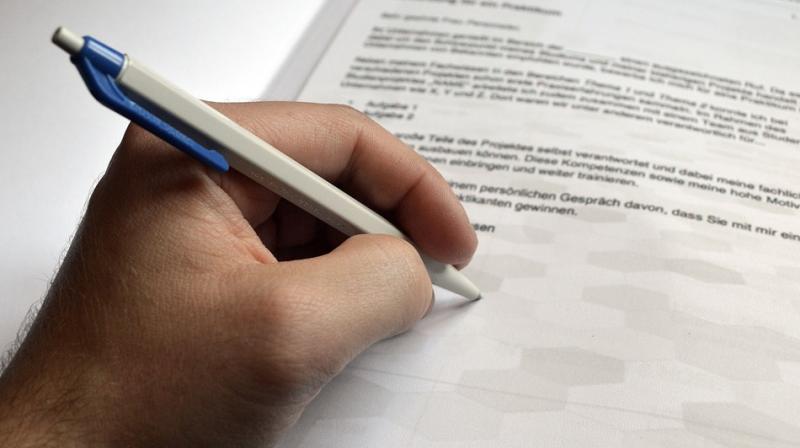 While they face several disadvantages when it comes to tools, which are usually designed to cater right-handed people; it also comes with a host of advantages. (Photo: Representational/Pixabay)

Studies are now revealing that the dominant side of people can be detected at 18 weeks through ultrasound of the foetus. This proves that people are born left-handed or right handed. But with over 90 per cent of the population being right-handed, why are left-handed people so rare?

This is all determined by genetics and the lefty genes have been passed on in humans for over 500,000 years. Being left-handed provides a unique aspect to your personality. While they face several disadvantages when it comes to tools, which are usually designed to cater right-handed people; it also comes with a host of advantages. Here are some positive and negative traits that all lefties share.

Some of the world’s greatest artists like Leonardo da Vinci and Michelangelo were left-handed. Tom Cruise, Robert De Niro, and Julia Roberts, as well as Celine Dion, Paul McCartney, and Jimi Hendrix have all faced immense success with this predisposition, reported The Epoch Times.

This probably happened as lefties have a dominant right brain, the side of the brain that is associated with creativity and imagination. Right brainers see the world in a different way. Another possible reason is that left-handed people are used to figuring out their way around tools from a young age. Scissors, cups, everything is generally made for right-handed people.

Left-handed people have a big advantage at competitive sports

Lefties are more likely to suffer from mental illness

One disadvantage that lefties face is that they are more prone to mental illnesses as compared to their right-handed counterparts. Like everything else related to lefties, this could too could be due to genetic and environmental factors. They also have a tendency to develop chronic illnesses later in life.

Sound is processed differently in different parts of the brain. As lefties are right brain dominant, sound is perceived differently by them. They process sounds more slowly than left-brainers. This means that they can pick up nuances in speech and music better, making them great songwriters.

“I t is possible that interacting with a world created mostly by righties for rights, which forces lefties to use their shield hand more often, increases activity in the brain hemisphere that is responsible for emotions like fear,” said Daniel Cassanto, a researcher. Lefties are generally more hostile to their environment due to the negative responses that they anticipate.