Hasan Ali says he has always had domesticated cows and buffaloes all his life but hasn't seen anything like this. 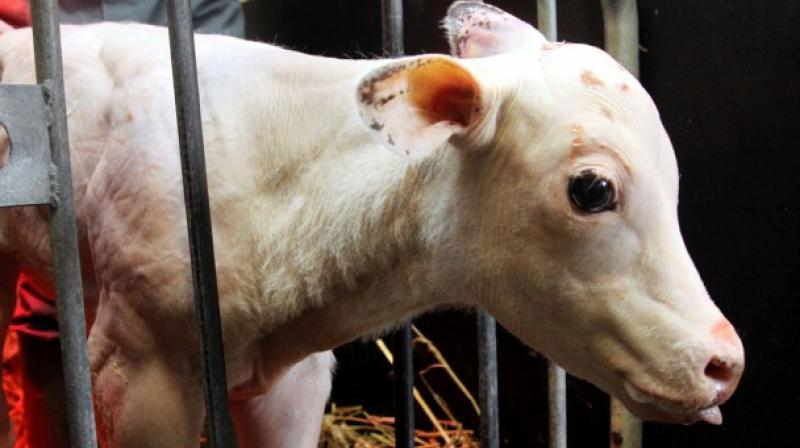 The calf is healthy as of now (Photo: AFP)

Animals with rare mutations giving them bizarre physical attributes are born across the world, but in many superstitions are also bound to follow. Recently an entire village was terrified of a calf with the face of a human while another with similar traits was worshipped a while back.

Now villagers in Assam are flocking to the house of a man named Hasan Ali to catch a glimpse of a calf which was born with five legs. People have developed a belief that the calf has somehow brought good luck to the small village.

At first Ali was shocked to see the extra leg hanging from the animal’s back and said he had never seen anything like it. While he thought it would die, the calf has been doing well and is healthy now.

It is believed that this may be a case of the cow carrying a limb of an unborn twin which happens when the egg doesn’t separate properly.