According to a recent study, fewer women are having children nowadays and the reasons are as varied as the women themselves. 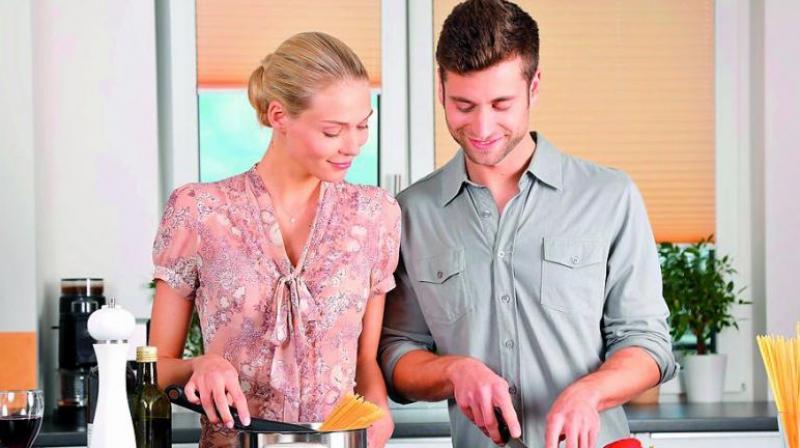 Picture of a happy couple used for representational purposes only.

Actor Jennifer Aniston was once quoted as saying, “Women don’t need to be married or become mothers to be complete”. Several women from all walks of life like Khloe Kardashian, Cameron Diaz, Helen Mirren, Oprah Winfrey, Saira Banu, and Kiran Mazumdar Shaw, in fact, do not regret being childless.

According to a recent study, fewer women are having children nowadays and the reasons are as varied as the women themselves. There are successful women who don’t want to have kids. “I don’t have to choose between being a professional and a mother. Having children is not even an option in my mind as raising children takes a lifetime of work and is filled with stress and expenses. I don’t need to find a babysitter or race to a daycare,” says a gynaecologist from the city, who chose to be childless.

For many, the biological clock never ticked and they never felt the urge to be a parent. Numerous couples cite financial restrictions, childcare challenges, and time constraints as reasons.

Radhika Manne, a 43-year-old diamond jewellery designer, could not conceive due to medical issues. But that has made her more productive professionally. Radhika says, “I am free to pursue my goals and activities. I love my job and freedom. That’s the best way to be happy keep focusing on your passion. Being childless does not undermine relationships but allows people to stay connected with their spouse and do things together.”

Varied reasons
P.S.N. Prasad, Chairman of Dr Rama’s Institute for Fertility, says, “There are a few categories of women without children. The first one is a married woman who is not able to conceive. Divorce is another factor that acts as a dampener. Unlike in the West, in India, divorced women do not opt for a child even when they are perfectly fit to conceive. Another category is working women who want to preserve their independence.”Also, many young couples today feel that they do not want to raise children in a world that’s cruel and unsafe for humans.

There is also a dramatic shift in the number of women choosing to work. Dr K. Suma Prasad, gynaecologist or obstetrician, says, “Society is changing now. Women really don't care about childbearing, a step towards modernisation which should be welcomed. They are equal to the opposite gender in decision making and choosing their lifestyle. In areas such as Kukatpally and Gachibowli, women opt to not have kids. We understand this endemicity as we run clinics there.”

A lifestyle choice
Explains Diana Monteiro, a counselling psychologist, “There is a strong expectation that women should automatically want to have children because of a maternal instinct within them or a strong presumption that having children is a natural next step in life. But today, women are making active choices for themselves. Parenting, having children and raising them is an enormous life task and women today make that choice with a lot of thought.”

She adds, “Gone are the days when women automatically got pregnant soon after marriage, without a thought. It’s better to make a choice knowing what you want than doing something and then regretting it for the rest of your life. Having a child is a huge responsibility and if you don’t want one, you are doing a disservice to your child and to yourself.”

An environment hazard?
A study reported in The Independent says, “Having children is the most destructive thing a person can do to the environment. A US family who chooses to have one fewer child would provide the same level of emissions reductions as 684 teenagers who choose to adopt comprehensive recycling for the rest of their lives.” But Centre for Cellular and Molecular Biology (CCMB) senior scientist Dr K. Thangaraj says, “Cultures everywhere celebrate women’s ability to produce children. To say that they care so much about climate change that they are choosing not to have children can’t be the only factor. If someone is so concerned about the environment, they should reduce the carbon footprint by using traditional cloth diapers and other methods.”