He contracted the infection from eating chicken sashimi – a type of sushi in which the meat is only seared round the edges, not cooked. 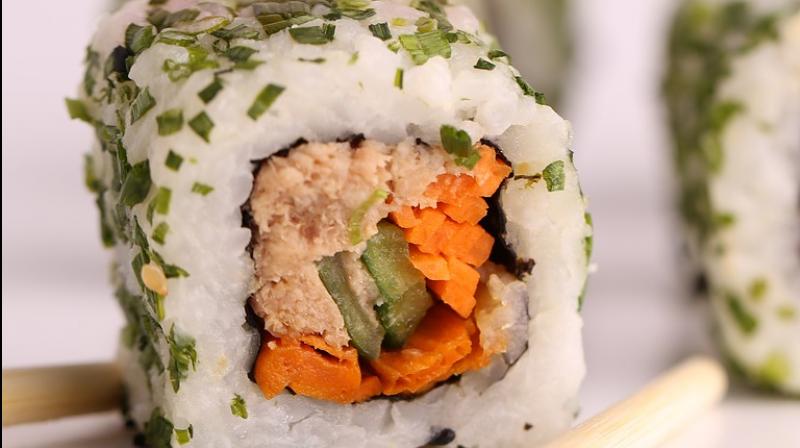 The rare infection, caused by roundworm parasites has the potential to cause blindness. (Photo: Pixabay)

In a scary tale for food lovers, a man almost went blind after he was infected with roundworm parasite from eating raw chicken sushi.

The otherwise healthy 34-year-old Japanese man who consumed raw chicken sushi became infected with a parasite which could have sent him blind. It also lead him to develop growths in his lungs and liver because of the parasite.

According to a report, he contracted the infection from eating chicken sashimi – a type of sushi in which the meat is only seared round the edges, not cooked.

After going to hospital complaining of having stomach pains for 10 days, doctors carried out tests on the man in order to diagnose him with toxocariasis.

The rare infection, caused by roundworm parasites and which has the potential to cause blindness, was treated with drugs and the man made a full recovery.

The unnamed man’s treatment was carried out at the Saiseikai Fukuoka General Hospital, approximately 93 miles north-east of Nagasaki on Japan's southern Kyushu island.

He had been suffering from pain in his abdomen and said he had eaten seared chicken sashimi 'several times', according to BMJ Case Reports.

Scans further revealed clumps of cells called nodules in the man’s chest and his liver.

Sashimi is a popular Japanese delicacy which consists of fresh meat which is served uncooked – fish is most common but other meats are also used.

Although fish can be eaten raw and rare beef steak is popular, raw chicken is usually considered to be dangerous because it is likely to contain salmonella, a bacteria which causes unpleasant and potentially life-threatening food poisoning.