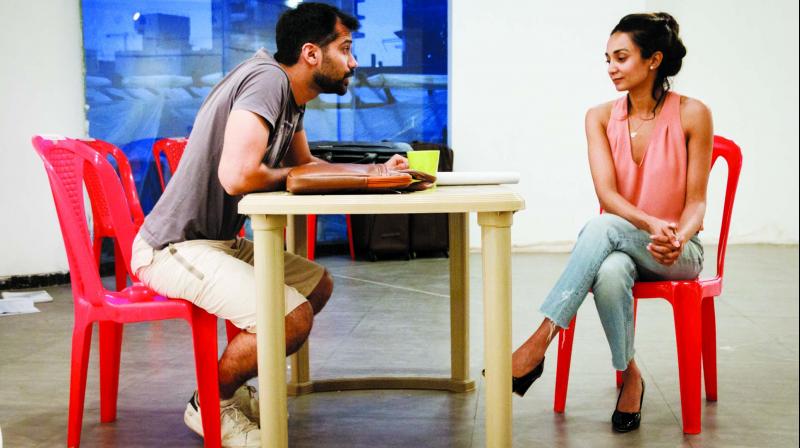 Set in the summer of 1986 at Guantanamo Bay Naval Base, A Few Good Men, written by Aaron Sorkin, is a courtroom drama revolving around the death of a marine officer. The play was later adapted into a screenplay for a film of the same name by Sorkin starring Tom Cruise, Jack Nicholson, and Demi Moore. Now, bringing his rendition of Sorkin’s courtroom drama to the city is director Nadir Khan as his play opens the fifth edition of Aadyam theatre festival today and stars names such as Rajit Kapur, Neil Bhoopalam, Ira Dubey and Danish Hussain.

For the director, who has previously directed the adaptation of another classic — Twelve Angry Men — it is the script and the writing that intrigues him to pick a play irrespective of whether they’ve been done before. “For me, it is purely based on the text, whether the story is worth telling and can be told interestingly. I pick scripts because I like them and not because they have been done before,” says Khan, adding, “Even Twelve Angry Men was first a telly play and then was made into a script. They all exist as theatrical pieces in their original forms.”

Although set in the US, the director has refrained from altering it to the Indian setting as doing so, he believes, would be counter productive. “It is a Aaron Sorkin play so there is nothing I would want to change. It deals with issues and themes that are common worldwide with any military system in any country,” he stresses.

But the play did make the director research into the period the play is set. From understating the context and system to getting the costumes accurate, Khan dug deeper.

Veteran actor Rajit Kapur who is playing the pivotal role of Lt. Col. Nathan Jessep, isn’t worried that Jessep has been portrayed several times. “It shouldn’t make any difference to an actor because it is very good writing. Such writing is always inspiring for an actor and you just contribute and make it your own,” he says.

As to the comparisons that it might draw, Kapur remains unbothered. “When you make the character your own, you can’t compare it, otherwise what is the point. You create it within the parameters of the script and what the director wants,” he emphasis.

For veteran theatre actor and the Artistic Director of Adhayam, Shernaz Patel, the criteria each year is to bring a mix of both genre and language. And the play A Few Good Men, according to Patel, is all about the tremendous script.

At Adhayam, while slightly pushing the envelope, the aim is to offer a scope for a particular form of storytelling or bring forth elements that are in the enjoyable realm of theatre. “Good scripts are good from whichever corner they emerge. A Few Good Men exists as a script but it is also not something that is done every day in India. Ninety per cent of the theatre honesty is with good scripts from around the world. The difference comes with one bringing own interpretation to it and this play is an edge-of-the-seat story,” she concludes.