A new Marathi song composed by ShaileshLokhande and produced by ShivrajMotegaonkar is going to release soon. 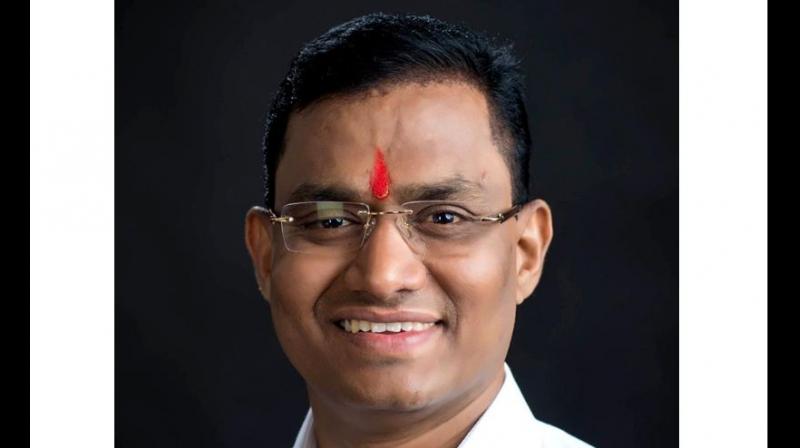 The music industry is growing in leaps and bounds. A new Marathi song composed by ShaileshLokhande and produced by ShivrajMotegaonkar is going to release soon. Sung by the melodious AnnuChowdhary and soulful lyrics by Mahesh YelgatteMotegaonkar, this peppy number inspires you to take decisive action for a better tomorrow.

ShivrajMotegaonkar, the producer of this song has made a name for himself in the educational field. He is a son of Latur, running his own 'Renukai Chemistry Classes' since 2001. India has a rich heritage of Guru-Shishya custom. Our nation has contributed to the international calendar with 'Teacher's Day'. On this occasion of teacher's day, let's shed light upon a teacher who is literally living the role of Guru in this money-making era.

It has been observed that educational institutes today have become business-oriented. Deserving candidates are unable to get the entry in educational avenues because of financially weak background. This results in several deserving students biting back on their dreams and aspirations. The country itself is adversely affected by this negative development.

Imagine yourself being treated by a doctor who has passed on the basis of money! Imagine driving on a bridge that has been built by an inept engineer! It is a danger to the society as a whole.

In these 18 years of tirelessly working in this field, ShivrajMotegaonkar has helped thousands of his students become successful doctors and engineers today.

He has majorly contributed in the "Latur pattern." Besides, he participates very actively in social work. From SevalayaHasegav, he has adopted 2 children. He takes care of expenses for the fulfilment of their needs, education and well being.

Water scarcity is an alarming issue in Latur. For 'Andhashram,' he extended his hand for building a borewell for needy people with vision impairment considering the inconvenience caused due to water scarcity. He has also provided monetary support to cow shelters located in Latur.

ShivrajMotegaonkar offers maximum concession on fees to the students who don't have financial support. This year, he held exams for students aspiring to get admission to his class. This helped him decide which students are deserving of further education. He even provided free tuition to one thousand students who scored good marks.

At 'Renukai Chemistry classes,' ShivrajMotegaonkar has put his efforts for bridging the distance between industry and academia. He has and is actively working to help poor children realize their dream of a good higher education.

Regular Coaching for NEET along with the preparation of XI-XII board is provided in his classes with the routine practice of subject-related tests.

While speaking about his compassion for social work, he says, though he makes a lot of money while working in the field of education, he feels it as a responsibility to build society and nation. Funding for education has become a necessity today. According to him, our nation will prosper only when people start looking for solutions rather than concentrating on the problems. The government can do only so much. The rest is in our hands. He is looking forward to providing better educational opportunities to his students.