Studies have proven memes to be the language of self-expression for millennials. 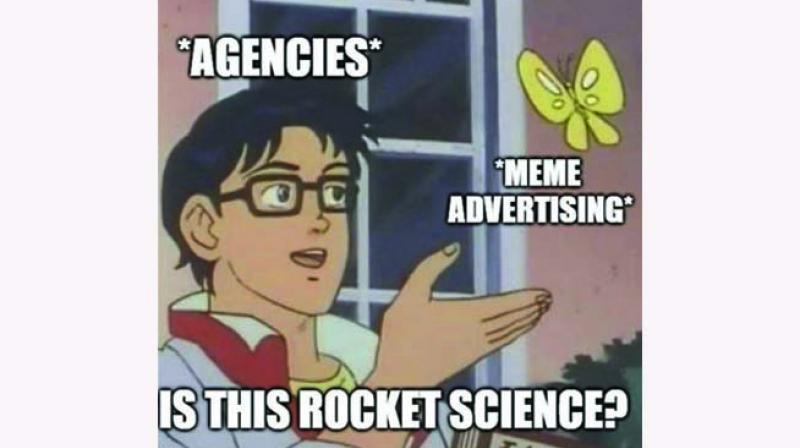 In a world where revealing spoilers is considered sacrilege and attention spans keep shrinking, marketers are now using memes as their new medium of choice.

Who knew that random, albeit hilarious, text placed on top of images and circulated across the Internet would eventually become big brands’ preferred medium of marketing. Now that all the world’s a meme, we take a look at some of its main players.

Parle-G has been having a ball this week. Thanks to the Internet and the latest season of Sacred Games! And it’s all because of just one scene from the second installment of the Netflix original, where one of the most popular characters of the show, Bunty, laments to his boss, Gaitonde, “Yaha Parle-G khaana pad raha hai kaali chai mein dubokar.” (We have been reduced to having Parle-G dipped in black tea).

As soon as word about this scene was out, the biscuit brand didn’t waste a moment and jumped on the meme-wagon by tweeting a chain of memes with this dialogue and connecting it with hilarious situations like that of a struggling artist or a budding entrepreneur. What followed next was a meme storm that hit Twitter, with almost every brand like Swiggy and Netflix joining in the conversation with their set of memes. ‘Sacred Games 2’ soon became one of the top trends on Indian Twitter.

In a world where revealing spoilers is considered sacrilege and attention spans keep shrinking, marketers are now using memes as their new medium of choice. While Sacred Games 2 is the most recent example of meme marketing in India, other movies and TV shows have also used this opportunity to turn the audience’s heads in the recent past. The Akshay Kumar-Vidya Balan starrer Mission Mangal and Amazon Prime’s Mirzapur have also proven their meme-game to be very strong. 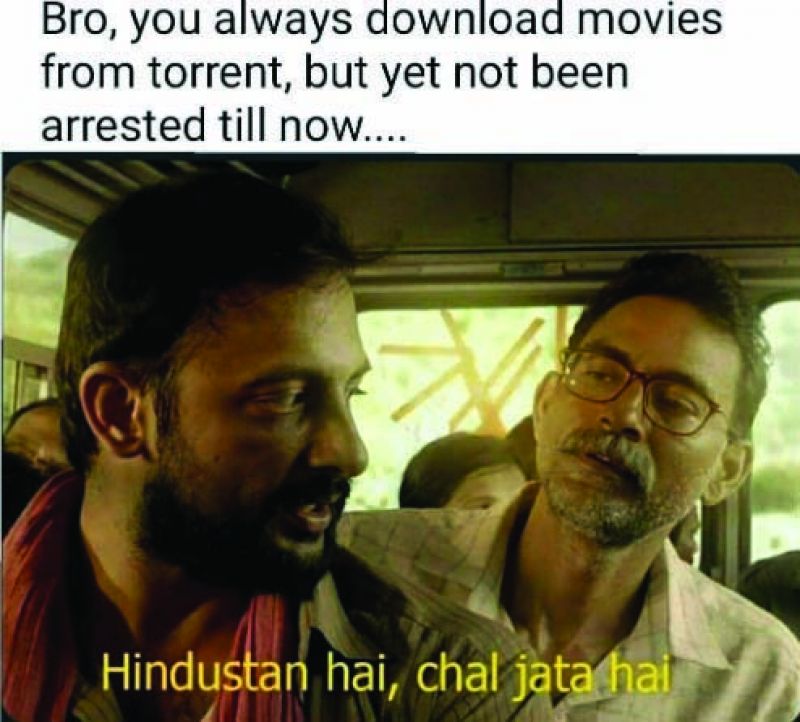 The rising popularity of meme marketing is not an accident, however. Priyanka Tiwari, a digital marketer says, “Every brand nowadays wants us to work on meme-based campaigns. The main reason is that it gets picked up fast if it’s funny.” In a world of stiff advertising competition, Tiwari believes that it is easy for companies to fade into oblivion. The humour element in the memes helps them get some traction. She elaborates, “It’s almost like parents feeding their children healthy food by adding a bit of sugar to coat the bitter taste of it. The humour element helps the audience take back the message of the ad without hating it as much as a regular ad.”

Studies have proven memes to be the language of self-expression for millennials. Thus, memes, good or poor, really get the people of our generation talking. However, just setting a meme off into the free Internet space is not all that it takes for a good marketing campaign. How the memes are positioned and targeted are essential considerations. “Once, I did this campaign for a bunch of Bollywood actors. We would make and circulate memes on them in various fan clubs, from where they could get picked up. 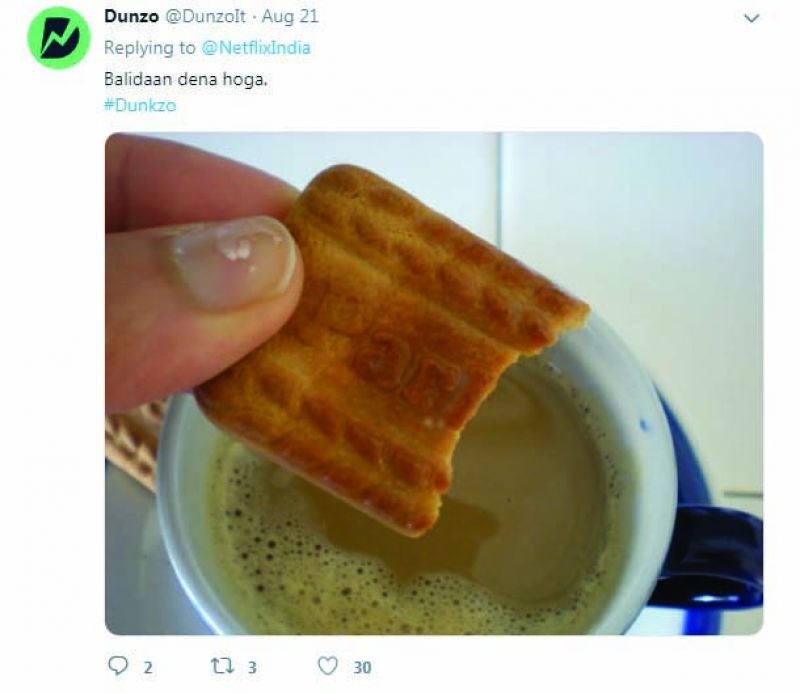 It looks very organic but we place it very carefully so that people share it incessantly and, in the end, there remains no way to track them back to the source. Sometimes we also participate in trends. We follow hashtags which are trending or create a trend ourselves,” an insider reveals. Meme chains like these are spread all over the Internet and social media platforms.

Relatability is another concept that makes meme marketing a hit. Be it Radhika Apte being cast again and again in Netflix India shows or be it a web-series on the lives of students studying in Kota (Kota Factory), brands like Swiggy, Zomato and Durex are always ready with their armageddon of memes. “A few months back Spotify ran a campaign called ‘there’s a playlist for everything’. Even though it wasn’t meme specific, it turned into a meme itself and went viral. So then every time someone said that they are in a bad mood or that they didn’t want to go to their job, the Twitter account of the company kept replying that they have a playlist for that too. Sometimes even unintentionally things can get trending just because of its relatability,” explains Simran Kulkarni, who works as a digital marketer for DDB Mudra. Recalling another incident where an overpriced banana ended up making a lot of food app companies get on its tail and make funny memes out of it, Simran quips, “Even a banana can get trending now! So, now the key factor is being relatable.” 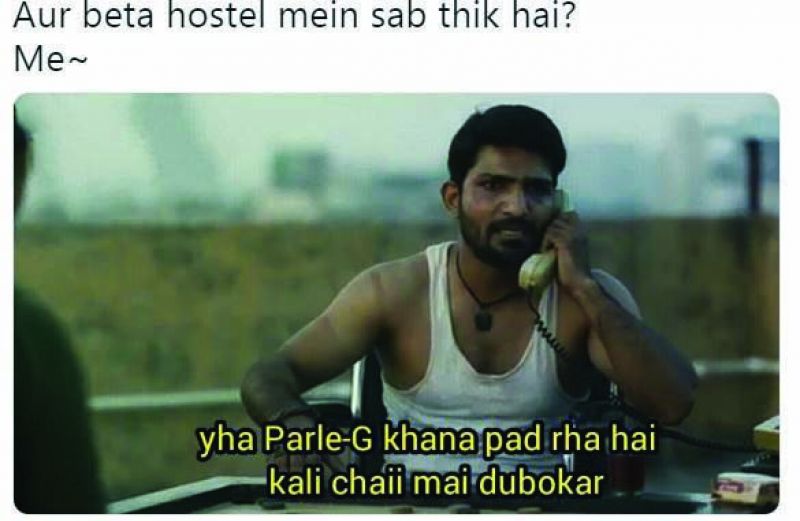 The popularity of meme has also encouraged the opening of specialised advertising agencies that are moving over traditional ads and creating memes for brands. “India is a young country and youngsters hate to read blogs or spend any extra time or effort on one thing. A meme is what provides them concise messages to catch up. Be it a current affair or an entertainment announcement, memes keep it short and sweet,” explains Saksham Jodan, the founder of Youngun India, a meme marketing agency. He believes that memes are the ultimate 2019 strategy for the advertising sector in India. “Brands care about their cost per view. And nothing can beat the cpv value of memes right now. Earlier advertising was about being aspirational, but now, it is more about providing relatable content that can provide this existentialist generation some relief,” says Jodan.

While meme marketing is all the rage now, some market experts believe that it might not be the endgame for the industry where the saturation point of anything is reached quickly. “Regular but controlled meme marketing is definitely a great trick but excess use of it may cause a brand to lose impact. It is a playful, nice thing, but it does not help build any credibility for a brand,” opines Tulika Bansal, a social media specialist.