Life   More Features  24 Sep 2017  Dutch airline's buffet dinner gets people to look up from their phones and bond with each other
Life, More Features 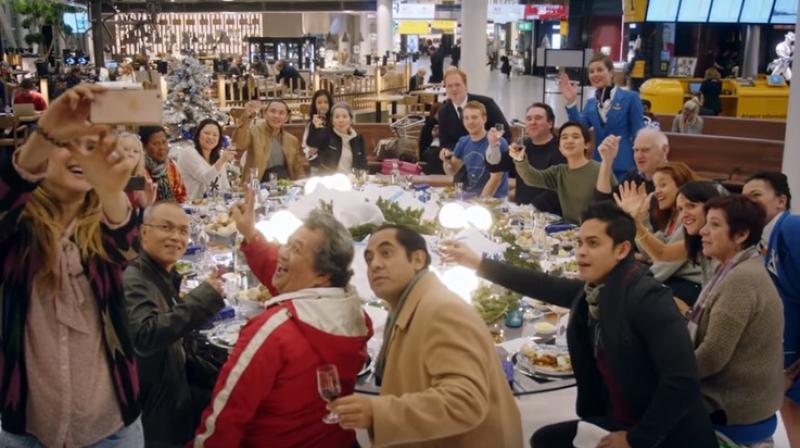 Travelling during festival times alone is probably one of the saddest things one has to do, it is a time when you want to be surrounded by your family and loved ones but you're stuck at a cold airport all alone.

It seems KLM Royal Dutch Airlines took note of this and created the most amazing bonding experience at Amsterdam Airport Schiphol. While the airport is generally quite crowded at Christmas most people spend time by themselves just waiting to board their respective flights.

The experiment involved a special Christmas dinner that was perched on a table 4.5 metres above and 20 stools all around. The table only descended slightly when people began to sit on the stools.

When all 20 stools were occupied the table descended completely, and behold! the most delectable looking Christmas dinner was ready for everyone to feast on.

The heart-warming ad shows people bonding and enjoying spending time with each other and making conversations.

The idea behind the ad was simple: When people bond with each other and not their devices, when they look up from their screens, they'll see magic is in the air.

KLM's Bonding Buffet was set up just before 2016 Christmas and saw 60 travellers from different nationalities in separate sessions.

The ad has recently started to trend again with over 16 million views on youtube.