Gioconda Vessichelli after BollywoOpera she introduces Reggaeton in India

Read more to know about her love and passion for Indian music. 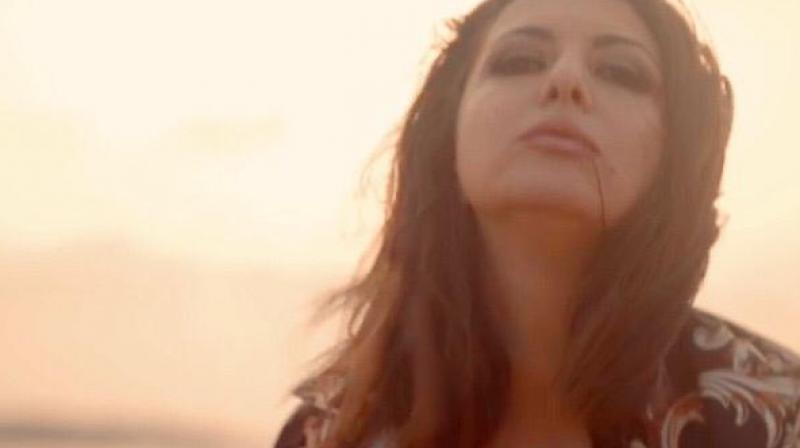 The acclaimed Internal opera singer Gioconda Vessichelli will amaze us with her next song “Contigo Bom Bom” written by herself on the rhythm of Reggaeton but the novelty is that she has included Indian musicians and Indian flavours to the song,so it s not a simple Reggaeton!

When we asked her how it s possible that she has so many creative ideas ( she is the pioneer and Inventor of BollywoOPERA style, for which she got the Indian women awards first time ever given to a non Indian woman, because of her capability of linking Western world and Eastern world through music and having introduced for the first time ever Opera in India) she said that her brain is a sparkling volcano of ideas which come in her mind very fast and she has the need to make those ideas actual and real..that's what since her childhood she has been doing :making dreams real( and that s one of the reasons she has been a child prodigy beside her artistic skills, let's not forget that she has 4 octaves of vocal range,one of the finest texure of soprano voice and a solid music technique and wide knowledge of music and performing art that she has learned through the best musicians of the world, for example Luciano Pavarotti, Ennio Morricone and many others ,and she has achieved PhD in Italian university of music at a very tender age, before than the normal course of study cause her voice and achievements were all ready set to showcase her talent on stage to the world (she is the winner of 7 international opera awards ,being the number one over opera singers from allover the world).

This time Gioconda Vessichelli has decided to listen to the Latino rhythm that dances in her Italian blood and to satisfy also her need of spirituality that she has found thanks to the Indian culture : she says in fact that she is an “Italindian” woman cause she is deeply in love with Indian music and spirituality after her deeping in Ganga River for Khumbmela who changed her perspective of life.

In this song she has been able to combine 4 languages (English,Hindi,Spanish,Italian) to seal the beginning of the song as she always does in all her songs,with an opera vocalise which is the starting point of a crazy and overwhelming dance and party song, with lots of methaphors and double meanings in the lyrics,so just be ready to discover them while dancing with an Indian spicy Latino Beat in your heart!