Indian Railways had introduced the refrigerated van service with an aim to facilitate the transportation of perishable commodities. 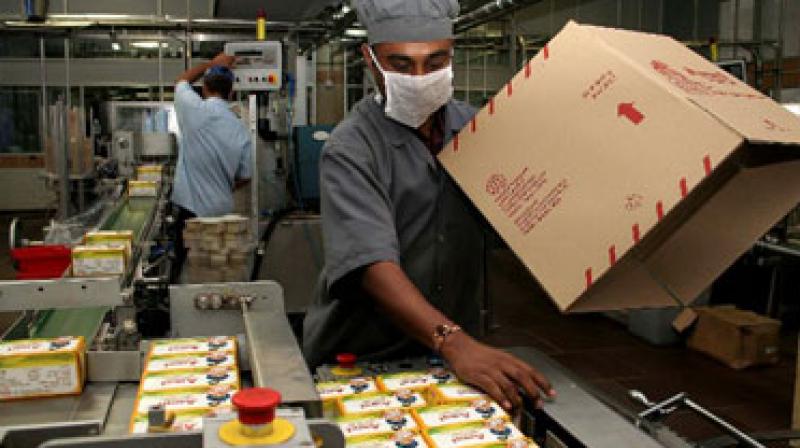 Indian Railways had introduced the refrigerated van service with an aim to facilitate the transportation of perishable commodities.

Dairy giant Amul on Monday reached out to the Indian Railways on its official Twitter handle with a business proposition to use its refrigerated parcel vans to transport Amul butter across India.

The Railways promptly responded on the micro-blogging site, using a popular tag line of the company for the brand. “IR will be utterly butterly delighted to get the taste of India to every Indian,” the ministry’s handle @RailMinIndia tweeted.

IR will be utterly butterly delighted to get the taste of India to every Indian. https://t.co/dwUGzcBhBi

The Indian Railways extensively uses Twitter to address passenger woes. But this could perhaps be the first time the national transporter has received a business proposition on the micro-blogging site. “@RailMinIndia, Amul is interested in using refrigerated parcel vans to transport Amul Butter across India. Request to please advise,” the dairy major had tweeted to the Railways.

The Indian Railways had introduced the refrigerated van service a few years ago with an aim to facilitate the transportation of perishable commodities such as fruits, vegetables, frozen meats/poultry and chocolates, but most of the vans were lying defunct, according to a ministry official.

However, this service exists only on specific routes. “We would certainly like to capture this traffic. Let us see what can be done,” the official added. The senior divisional manager of the Ahmedabad Division will meet officials from Amul today to discuss this, said the official. He said that the South Western Railway has some refrigerated vans, they can be repaired and used by the Railways to assist Amul.

This resulted in a flurry of responses from Twitterati, some appreciating the transparency while others complained about the poor quality in train services:

Yes, 'Taste of India' must be carried on the 'Wheels of India' to each 'Home of India' for an utterly butterly healthier India. @Amul_Coop

While there were also those who weren't so pleased and lashed out:

Haha 😁😁😁 good one but beware of delay and unprofessionalism of railway. May be u deliver butter and receive milk @Amul_Coop

Dont b so delighted. Too much butter will increase yr cholesterol. U r already too old. Get derailed once in a week 🤣

First of all stop lootmar in the name of Dynamic Fare

Allow... And it should be given instruction that they should provide it to passenger at a fair rate