A team of veterinarians believes the infection was caused due to elephantiasis which is common among people in Myanmar. 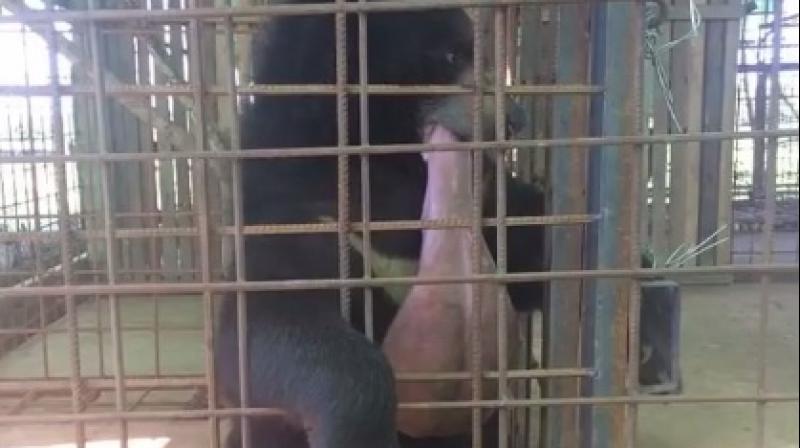 The bear is recovering well and can now look forward to a normal life (Photo:YouTube)

Mysterious illnesses can leave animals with severe consequences including physical deformities. But timely action and sensitivity on part of people can help such creatures find relief from their misery.

A bear rescued by monks in Myanmar had to undergo a four hour emergency surgery to remove his tongue which had grown so big that it was dragging on the ground. The bear with a giant tongue weighing around 3 kg was rescued as a cub with his brother as they were to be illegally sold in China.

Soon after he was saved, it was clear that Nyan Htoo had an unknown disease that caused his tongue to swell. Experts travelled to Myanmar and worked with vets in the country to amputate the tongue.

More than 3 kg of excess tissue was removed in the procedure and the team of veterinarians believes that it was caused by elephantiasis. The condition affects a lot of people in Myanmar but hasn’t been seen in bears.

The bear is now recovering well and experts say he can look forward to a normal life thanks to the compassion of everyone involved.