While definitely a positive move, is it really the best way to tackle the problem? Which is why, we asked Delhiites to opine. 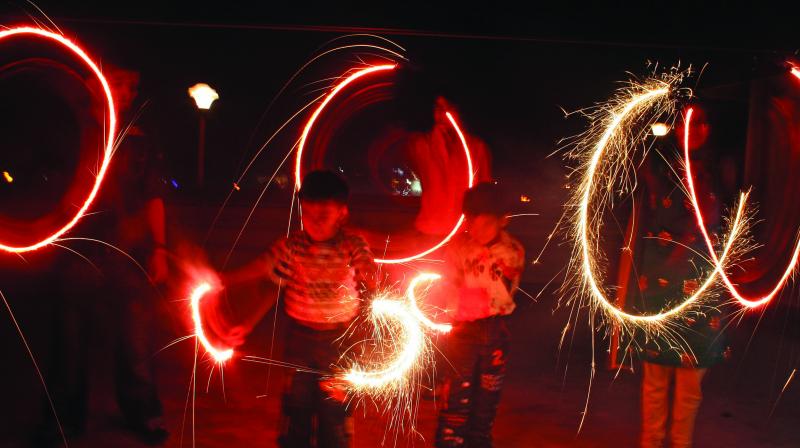 On the other hand, 22-year-old corporate employee Vivek Kumar believes that Diwali is the Festival of Lights, meant to give people happiness, but it is incomplete without firecrackers.

Remember the good ’ol days growing up in Delhi, when Diwali implied an absolute explosion (pun intended) of festivities, brought to you by the noisiest and most colourful of crackers? Well, some things are best left to the past and it is high time we took cognizance of the city’s mounting pollution levels.

This year, the Supreme Court has decided to do so by banning rockets, bombs and every category of fireworks except for the green version of anar (fountain cracker) and phuljhadi (sparklers). While definitely a positive move, is it really the best way to tackle the problem? Which is why, we asked Delhiites to opine.

Delhi-based student Bhavika Diddee says, “The government should have enforced a ban on crackers altogether, irrespective of them being green or not (as green crackers still cause pollution). After all, it is the need of the hour to lower the air pollution levels in cities such as Delhi and Bengaluru. However, this move will at least curb the noise pollution levels, as the permitted fireworks are not considered noisy. Yet, what remains to be seen is how strictly will the law be implemented, and whether people who still illegally procure bombs or other banned crackers will be penalised for the same or not.”

On the other hand, 22-year-old corporate employee Vivek Kumar believes that Diwali is the Festival of Lights, meant to give people happiness, but it is incomplete without firecrackers. He says, “Crackers make the ambiance lively and energetic. I think Diwali is all about having fun with friends and family, and if we burn eco-friendly crackers then that is still okay. Crackers are very important, as they give children a lot of excitement.” Kumar also says that the Supreme Court has taken a very good decision. “This decision satisfies people's demand to burst crackers, as well as protects the environment from being polluted.”

Raunak Singh, who works with a hospitality startup in Delhi, concludes by saying that, “During this past few years, there has been a considerable decrease in the air quality throughout India, and a notable increase in the number of asthma patients in the emergency rooms of hospitals. I believe that it is a marvellous effort by the Supreme Court to sanction the buying and burning of green crackers, but we cannot ignore that despite everything, these are still are harmful to the environment.”