These simple movements can be deeply effective for this reconnection of body and mind if they are done consciously. 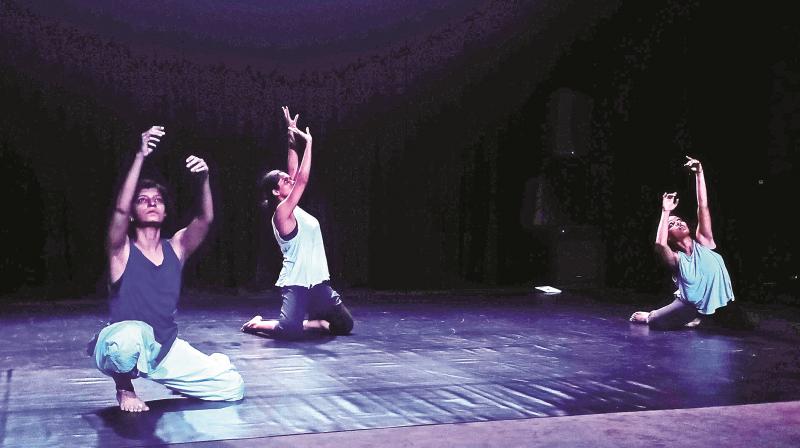 French choreographer Michel Casanovas brings to town the Feldenkrais method that reorganises connection between the mind and body.

Introducing this water-like human body flow on stage using the Feldenkrais method is French choreographer and Feldenkrais practitioner Michel Casanovas.  Called Water Games, he uses dance and movements to elicit memories of the sea merely through a feeling. “It is a dance piece reflecting movements of the water. I see Water Games like a painting and is a piece to celebrate the movement of the sea,” says the choreographer.

Always fascinated by water, Casanovas had been toying with the idea of a dance  project related to water and the sea for over 10 years.  “I was born near the water and spent a lot of time as a child there. The dimension, the intensity of the sea, the element of fluidity, and the immense potential and strength of the water have always been fascinating for me,” he shares.

A somatic practice, the Feldenkrais method is performed using clear attention and gentle subtle movements that help establish a very clear connection between the mind and the body. “It is to release all unnecessary tension. These simple movements can be deeply effective for this reconnection of body and mind if they are done consciously. The release of these emotional and physical blocks then balances the internal state,” says the Feldenkrais practitioner, who was introduced to the practice more than 20 years ago after a knee injury.

Since the work of the mind is what directs the body flow, the connection according to Casanovas is often broken by one's mental interference with the natural process. However, he ensures that once the trust within us is redefined, the whole system is a lot more in harmony. For him, it is the only practice that has helped him see a subtle recovery.

“My quality of movement has become more fluid and connected, as well as my approach to choreography and teaching. Now when I teach, I see the same sense of connection happening to people in their unique ways. Because the Feldenkrais method doesn’t impose any form of pre-conceived structure, it invites people to find their way and voice at a physical and emotional level, and allows them to practice that,” asserts Casanovas, who has been practising this since 2008.

While it may seem like it has a spiritual effect, the choreographer says that it just brings one to the door of spirituality, from where they can start their journey. Considering its free-flowing movements, the method doesn’t fit into any category. “It is certainly not an exercise, nor is it a form. It’s a fluid approach that is closer to an art form. An art form of a deep learning process through exploration,” he smiles.

On his voyage to India, Casanovas will not only stage his dance performance, but will also hold a two-day workshop to bring back the body in resonance with inner and outer space. At the workshop, the participants be taken through the path of discovering a deeper dimension, where one simultaneously feels more strong, fragile, , and connected with the world.

A regular to India since 2006, and teaching contemporary dance and Feldenkrais across Bangalore, Mumbai, Calcutta and Delhi, it is the deep sense of connection that keeps bringing the performer back. “It is a diverse land and my connection to India is beyond words. It is live and fluid,” he concludes.