Words are clearly his forte

Shankar R Chugani is a city-based stand up comedian. 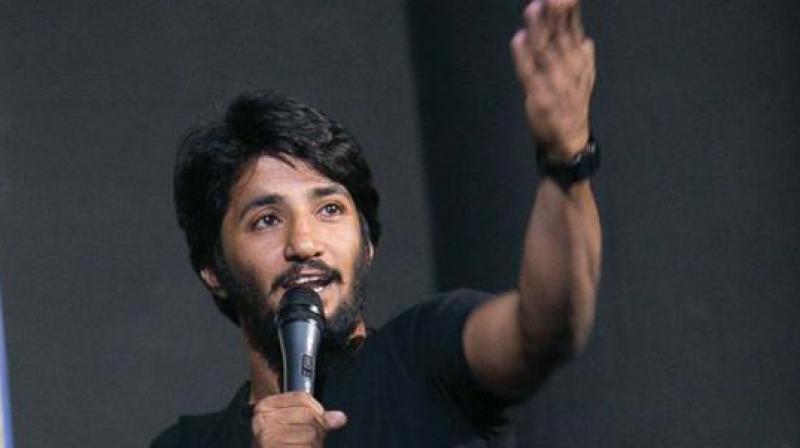 He worked as a tech support analyst for an IT firm until recently when he got fascinated by stand up comedy.

1. If you could trade places with any other person for a week, famous or not, living or dead, real or fictional, with whom would it be?
It would be with Buster Keaton, the Great-Stone-Face, and it would  be the week he finished filming the movie, The General

2. How would you explain a stand up comedy to your eight-year-old nephew?
I would tell my nephew  stories about Boondi, Laddoos and chappals that come to life and what they say to each other.

3. If you could be a superhero, what would you want your superpowers to be?
Timelessness would be my superpower. I’d travel through time. Not change a thing, because I’m selfish.

4. If you were written about in the newspaper, on the front page, what would the headline say?
The first comedian to travel to another planet to tell jokes.

5. What is the funniest thing that has happened to you recently?
I locked myself in the bedroom of the hotel I was staying at. The lock broke and I had to search for my hotel online to ask them to come help me. Then I took a nap before they came.

6. If I were to request you to come over for a show and you can choose the venue; where would that be?
It would be  the Jagriti Theatre. The best venue to perform to an intimate crowd.

7. What gets you out of bed in the morning?
Other people writing jokes and FIFA.

8. What are you known for?
Not standing still for too long.

9. Most cherished ‘dream-come-true’ moment  so far?
Performing beyond the stipulated 23 minutes for a small crowd