Artist Harshish Brar spent a week creating a painting of the Indian national flag with paraffin wax for the occasion of Republic Day. 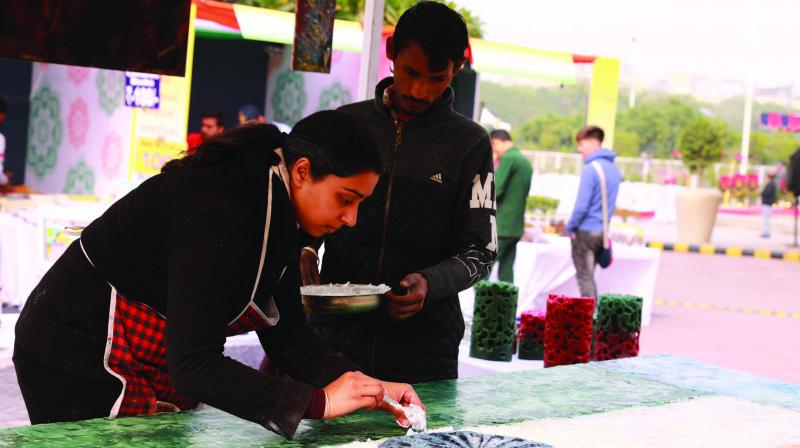 Harshish working on her artwork

One may wonder why it would take an artist almost a week to create a painting of the tricolour but a look at what Harshish Brar created from Friday to Wednesday will quell all doubts. The Chandigarh-based artist was invited by NGO, One World Foundation, to create a wax painting of the Indian flag and she took the opportunity to show her prowess in the art of painting with hot wax also known as Encaustic Painting.

Harshish started off being a candle designer but over time graduated to being what she describes as ‘a wax painter who also makes candles’. About the project, she informed, “When I got the invite, I was both excited and nervous. I was excited to work on something for Republic Day but also nervous because when anything goes wrong with a patriotic symbol, people take offence.”

On why it took her almost a week to complete the artwork, she explains, “Putting three colours in any medium can be quite simple but I chose wax. A closer look at the painting will show you the intricate textures in the painting. The chakra required a lot of carving. The challenge with working with wax is that you have to work really fast. You can’t let it get dry. In case it does, then you have to do it again from scratch.” Harshish spent about seven to eight hours everyday to create the painting that stands at a dimension of 8x4 feet. She adds that she improvised on a daily basis and as a result it turned out to be pretty different from what she had initially envisaged. 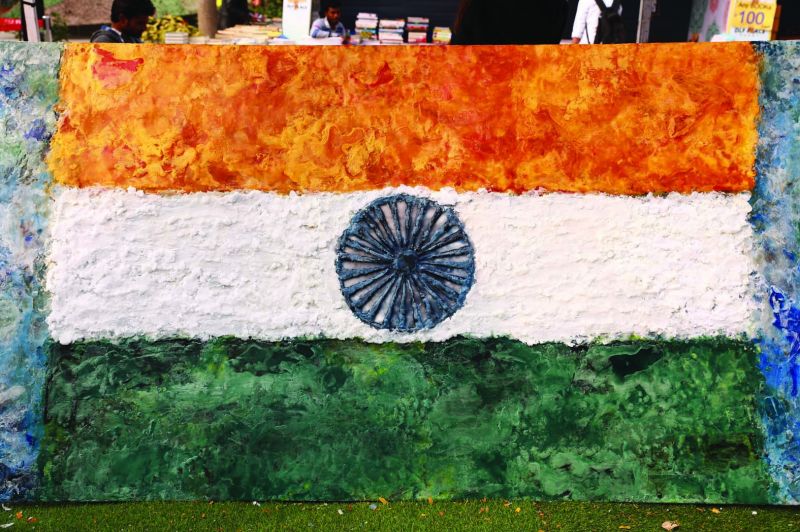 While working, many art lovers and even senior artists were intrigued by her work and struck up conversations with her. “While most art aficionados and artists praised my work, there was one gentleman who thought a flag should not be made with wax. Well, he is entitled to his idea while I am to mine,” the 26-year-old laughs.

It was during her schooldays that she was introduced to the art of candle-making as an extracurricular activity. Years later, the hobby turned to passion as she travelled to France and trained under her mentor Gary Simmons at the Candle academy in Grasse, French Riviera (also known as the perfume capital of the world) in 2016. There she also learnt about the art of painting with wax. “People usually work with beeswax but I use paraffin wax, which is more complex to work with. The wax painting is not widely known because buyers feel that the painting will melt during summers, which is a myth. If the room doesn’t have the greenhouse effect, it will never melt,” she signs off.

The painting is currently exhibited at DLF Place, Saket