Can an adult sleep on a mattress on the floor?

As long as one is comfortable and has a good night's sleep I guess it's completely fine to sleep on a mattress on the floor. 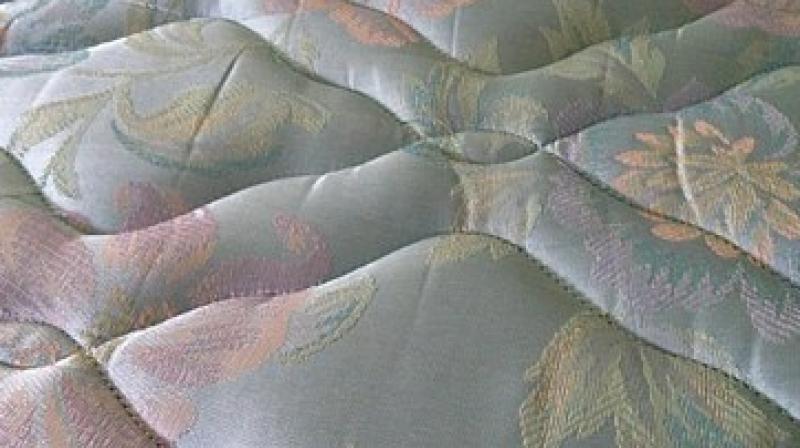 A lot of women have taken to Twitter to vent out frustrations regarding their boyfriends preferring to sleep on mattresses on the floor. (Photo: Pixabay)

Can an adult sleep on a mattress on the floor? A little clarity on the gender of the adult in question might help in getting to that answer.

Because the general perception regarding males in the world will tell you that they won't care where they are sleeping as long as they're comfy and out of reach of the creepy-crawlies on the floor. This definitely will vary with each individual, coming down to personal choices, financial conditions and so on. But from a generic perspective, males are inferred as the more make-do kind.

Females on the other hand, generally speaking, are perceived as rather fussy regarding these matters. Neat and tidy rooms, fancy lighting (from personal experience), a high degree of cleanliness, curtains, tablecloth, etc, are things we would associate women with more often than men. More so, if they're unmarried and single.

As it so happens, a lot of women have taken to Twitter to vent out frustrations regarding their boyfriends preferring to sleep on mattresses on the floor and not on a proper bed (hence the general perception). And it's trending!

"Single men tend to sleep on futon mattresses on the floor. He also had a clean clothes pile and a dirty clothes pile, washed takeout cutlery in the dishwasher for reuse, and never cleaned his shower or his towels," tweeted a woman, about her husband when they first met. As it turns out, a quite a few females share her troubles.

"I dealt with this by moving in, bringing a bed frame with me, and assembling it myself, but my boyfriend still keeps his old(queen sized!) floor mattress in his closet 'because it might be useful someday' so like there's really no winning," tweeted a rather distressed woman.

"I was just lurking but I now need a complete how-to guide on this point because it's been over a year and I still cannot get my boyfriend to buy a bed frame," a seemingly helpless woman tweeted.

"I have so far dated only one man with a bed frame. I'm 27 and have lived and dated in New York for 6 years," claimed another female.

Although these tweets and views do enforce our generic gender perception, these things often come down to personal choices and every now and then, we have exceptions.

"To strike a blow against gender essentialism, a year during this stretch was spent involved with My Worst Romantic Decision & among her other bad qualities (married, perpetual grad student, manipulative, mean), she slept on a pile of blankets and egg crates she called her 'nest'," tweeted a man about her oddly peculiar ex-girlfriend.

As long as one is comfortable and has a good night's sleep I guess it's completely fine to sleep on a mattress on the floor.