Local police are currently investigating the issue, however no arrests have been made so far. 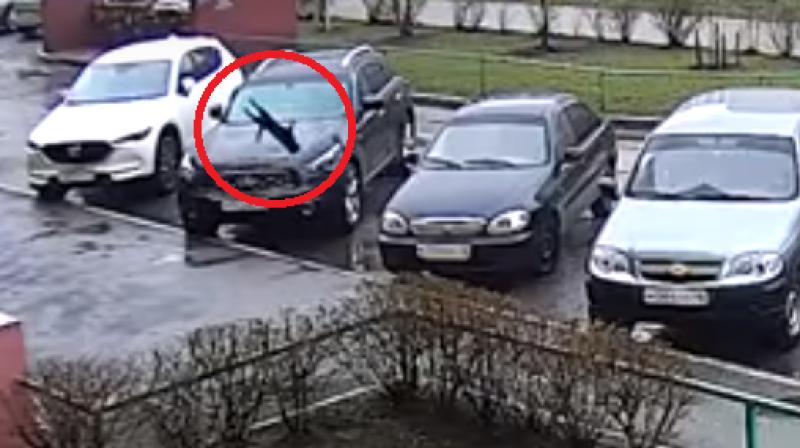 Local media reports say that the cat was intentionally thrown from the ninth-floor window by its drunk owner. (Youtube Screengrab: DailyMail)

We have all heard of the popular superstition that a cat has nine lives, and footage of a cat miraculously surviving a nine-storey fall is making us believe this might be true.

The CCTV footage recorded in a car park in the city of Lietsk, western Russia shows a black cat fall onto the bonnet of a car, denting it from the force of the fall.

Local media reports say that the cat was intentionally thrown from the ninth-floor window by its drunk owner.

While the cat bounced off the bonnet, did a somersault in the air then landed on its feet, it walked a little funny and may have sustained some damage.

The video was shared online by the car's owner, Aleksandr Tor, who wanted to figure how his bonnet got a dent.

Local police are currently investigating the issue, however no arrests have been made so far.

According to experts cats can spread their limbs to reduce the impact of the fall, and that their bodies are built to survive high fall.

You can watch the video here.