Private words between Kate Middleton, Prince William as they introduced their baby

A professional lip reader revealed what the royal couple were saying to each other as they posed for the shutterbugs. 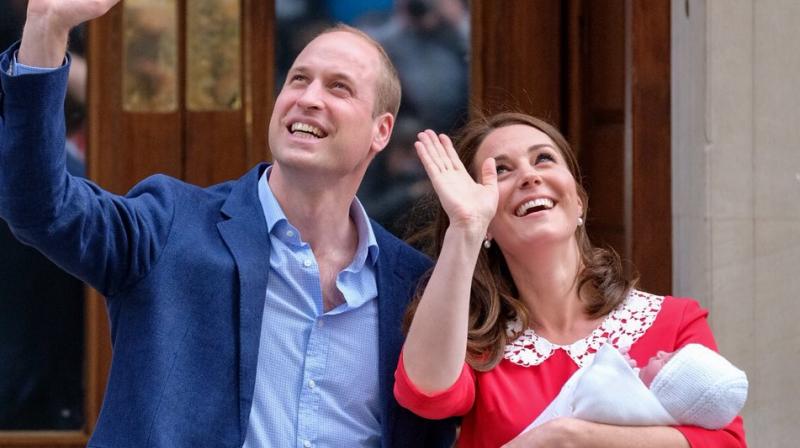 The Duke and Duchess of Cambridge, Prince William and Kate Middleton, appeared on the steps of the Lindo Wing at St. Mary's Hospital on Monday to introduce their new baby boy to the world.

Wearing a red dress with a white collar, Middleton looked in good health after giving birth to her as yet un-named prince, who is fifth in line to the throne.

A professional lip reader revealed what the royal couple were saying to each other as they posed for the shutterbugs outside the hospital to The Mirror.

William: Are you OK with him?

William: Look, there he is. Over there. [Wave to the left]

Kate: Let’s just wave over there. [Wave to the right]

Prince William, while getting into his car, said, "We're very happy but thrice worried now."

The Kensington Palace, which is currently the official London residence of the Duke and Duchess of Cambridge, also posted pictures of Prince William, Kate Middleton, and their third child.

Welcome to the family. pic.twitter.com/nKSd5kh5bZ