Is workplace hugging a big no-no?

With India integrating into the global market, borrowing from global traditions and work culture practices blindly might not be smart. 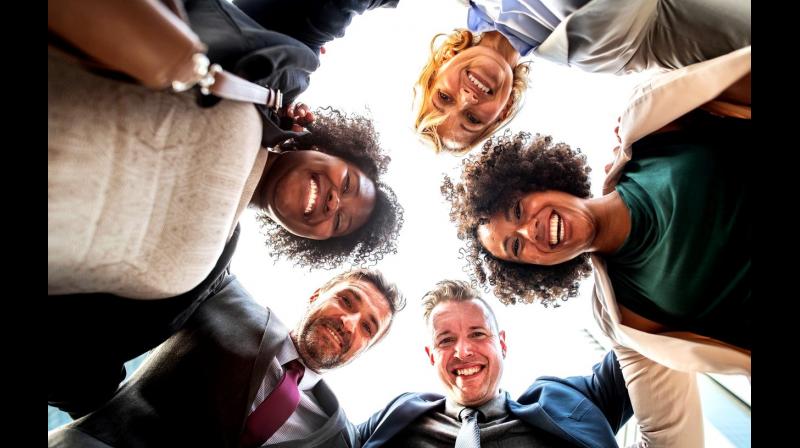 As far as Indian workplaces and work culture go, the increasing number of women entering the workforce as well as introduction of global work culture practices has made it quite tricky to define the boundaries between people who work together.

India is not a nation which expresses much in the way of the physical, when it comes to the professional spaces. This is gradually changing, as many might argue due to global influences. Cosmopolitan work cultures allow for hearty handshakes and even rare hugs. But the fact remains that many of us are uncomfortable with physical contact, even from those we know well.

An individual’s personal boundaries at home also come into play while they navigate their workspaces. In some families for instances, a pat on the back is enough to communicate care and affection and hugs are reserved for rare occasions. While there might be individual differences, as there are some who are self-proclaimed and unrepentant “huggers”, a uniform understanding of what is appropriate and what is not is also essential.

The recent case of fashion group Ted Baker’s boss Ray Kelvin quitting after “forced hugging” claims certainly puts the issue of inappropriate physical behaviour into proper perspective. Kelvin, who started the company more than 30 years ago, took a voluntary leave of absence from his role in December 2018 after allegations of misconduct, including “forced hugs” and ear-kissing, were made against him.

The employees launched an online petition, finally breaking their silence after at least "50 recorded incidents of harassment" by Kelvin. Staff claimed that as well as engaging them in unwelcome embraces, the brand's founder had asked young female members of staff to sit on his knee, cuddle him or let him massage their ears.

The sexual harassment of women at workplaces is a distressing issue the world over, including India. As women’s fight against sexual misconduct gains momentum in India with #MeToo and Time's Up movements, it is imperative that companies have a more substantive approach to sexual harassment of women at the workplace. According to the law, an Internal Complaints Committee (ICC) must be set up by all organisations with more than 10 employees in accordance with the norms laid out in the Sexual Harassment of Women at Workplace (Prevention, Prohibition, and Redressal) Act, 2013.

Many human resource (HR) experts globally agree that hugging in the workplace should be a rare event and not a daily occurrence. Here are a few forms of hugs and occasions when hugs may be appropriate:

Here are some professional don’ts and occasions when hugging is highly inappropriate:

So the big question that remains is that in the absence of strict HR policies and uniform codes of conduct in India generally, is expressing your gratitude through a hug or an innocent celebratory hug really that wrong? The answer lies in the simple concept of consent. One must be very mindful of who would welcome the gesture in the right spirit and not feel offended by it.

According to a recent article by The Guardian, “If the boundaries need to be radically redrawn to make staff feel comfortable, then perhaps a ban is necessary. After all, we are teaching children about consent now, telling them that they don’t need to hug or kiss anyone if they don’t want to. But preferable to a ban would be wider societal change (which we are happily starting to see) wherein people don’t feel entitled to each other’s bodies and respect boundaries even when it is not made explicit in office policy.”

With multinationals and foreign firms entering the country, we certainly need to strike a balance between following our own best practices while adapting to local norms and having a clear understanding of legal framework regarding our professional spaces. Organisations should have a clear policy in place outlining what is and is not acceptable.