A New York photographer and her team give themselves only 48 hours to mimic the looks and set design for her big annual project. 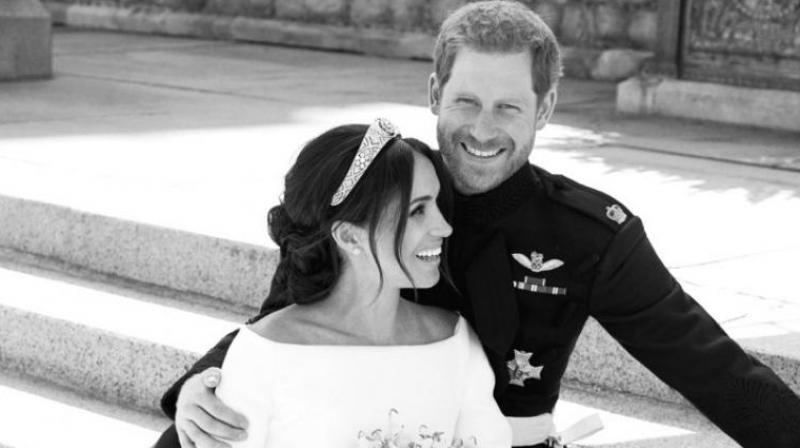 One of the most striking image shows the US actor sitting between Harry's legs on the east terrace of Windsor Castle as the prince looks smiling at the camera while his new bride laughs at someone to their left. (Photo: AP)

Living the fantasy of Britain’s royal wedding, American kids dressed up as Prince Harry and Meghan Markle for a photoshoot on a budget and schedule that wedding planners can only dream of.

Tricia Messeroux, a New York photographer, has been capturing children in red carpet looks from the Oscars, Grammy and Golden Globe award ceremonies, and blockbuster movies ever since her idea of dressing up her daughter as a celebrity in 2008 gave birth to Toddlewood Studio in Baldwin, New York.

The biggest wedding of the year inspired her to recreate the cast, including Markle’s mother Doria Ragland, Prince Charles and his wife Camilla, bishop Michael Bruce Curry and cellist Sheku Kanneh-Mason.

As the bride, Naiyah Otero, 7, wore a version of Markle’s boat-necked Givenchy wedding gown as interpreted by Esaie Couture.

“I think she’s pretty and it’s an honor to marry Prince Harry, like, dress up as her,” Otero said at the photoshoot on Tuesday.

Andrew Robert Joy, 6, embodied bearded Prince Harry with the help of eyebrow pencil on his smooth jawline that matched his close-cropped red hair.

Messeroux and her team give themselves only 48 hours to mimic the looks and set design for her big annual project.

“We had to spend all night creating this flower wall as best we possibly could,” Messeroux said. “And the gown for the priest, I literally glued that myself. Yes, I glued a whole gown together myself, with my friends, overnight last night.”

“Hopefully, it’s going to look good and hopefully nobody can tell but we’ll see,” she said.