Meet the man behind Viral Chacha... Jasim to make his grand Bollywood debut

He is also lauching his record label “Orjasim Records”. 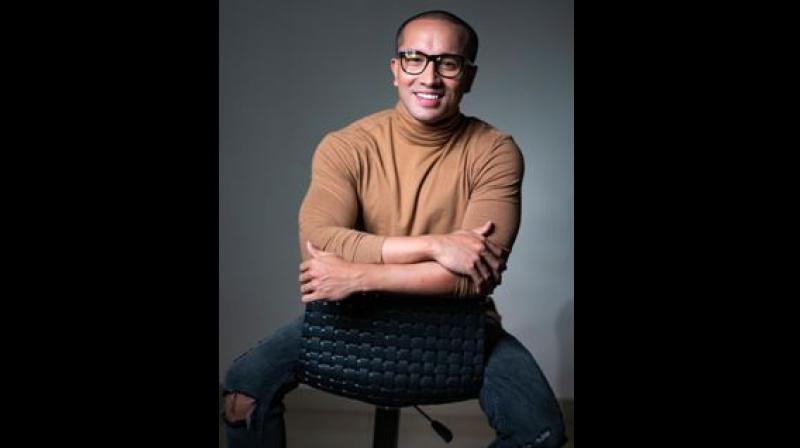 Jasim from Abu Dhabi graduated and worked in Dubai but his passion for music drove him to quit his well-paying job and pursue Masters in Music and Sound from San Francisco in order to nurture and polish his musical skills for the best.

Even though he had a good fan following in Dubai he wanted to come to Mumbai to surround himself with talented musicians and artists where he could further develop his knowledge towards the music industry. Soon, his astounding persona and charm spread across India and is all set to enter the B’Town world with a biggie.

That's right! According to sources Jasim is all set to make his grand musical debut in Bollywood and has pulled up his socks to carry out his upcoming project well enough. With his immense understanding about music and the passion to make it to the top Jasim already withholds a strong position in the music industry.

From being a music producer to composing music and singing, the all-rounder seems to have a grip on everything about music and sound but Jasim’s journey has not been an easy one. Coming from a regular, middle-class family that has no ties to the music industry, Jasim had to pave his path one step at a time. Nevertheless, leaving no stone unturned he made sure to achieve his goals and make it to the top.

Along with working in the studio, producing and mixing, Jasim also is a power pact performer doing a number of shows worldwide having a renowned name in the music world globally. Jasim also indulges in vocal modulation practice helping him sing songs in different languages, including Arabic, Tagalog, English, Pashto, Hindi, Bengali, Tamil etc.

Extracting immense fame and fan fam from his blockbuster hits, Jasim is all geared up for his upcoming projects in the pipeline and will soon be revealing about the same. His charismatic voice and charming persona has taken over the B’town world and soon will be slaying the Indian musical world with his jaw dropping performance.

Surely Jasim’s  fans couldn’t wait to witness him in a complete different avatar and his music having an Indian classical touch makes us all wonder how mesmerising it would be.

Apart from music making Jasim also loves travelling. Having wanderlust Jasim has been to a number of destinations and soon will be travelling abroad for his upcoming shoots. He believes that travelling is one of the perks of being a music sensation as making music requires inspiration which comes from different cultures and their traditional sounds.

Jasim has given blockbusters like Urvasi, Didi, ChahaNaach,  Snake Charmer, Emarati, Tum hi Ho (Arabic Version) and many more. Jasim has also worked with some of the renowned names of the music industry like Benny Dayal, AdilEbrahim, GopiSundar and Jon Stewart to name a few.

When asked about his passion for music Jasim says “ Even though it may seem like I’m self-sufficient, I truly believe collaboration evokes the best pieces of art that can touch people. Music is where I belong and one should always persuade what they’re best at”

Jasim has had many struggles when starting off as growing up in a regular household he never had the kind of resources we have now.

He is also lauching his record label “Orjasim Records”. Orjasim Records will sign, produce, and package music for other artists and feature them on Orjasim’s Channel.

Jasim says “When I was just a singer, I did not have any one to help me produce my tracks. Now that I have the resources, I want to help other talented upcoming artists and musicians and give them a platform to showcase their talent.”