As the Amazon forest fire started ravaging the rainforest in Brazil, a set of heart-wrenching pictures were being shared on social media. 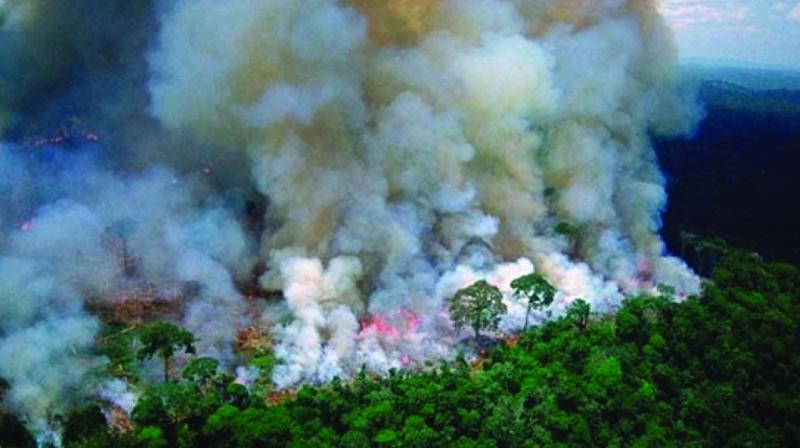 Some of the fake Amazon fire pictures that went viral

As per doctors and psychologists, dwelling in the past is ill-advised. However, lately, Indians seem to be enjoying banning stuff and remaining stuck in history. Time travel to a few days ago, when a trend did the rounds on Twitter, asking for the boycott of Red Label (No! its not booze people, but the tea brand). Why? Courtesy an ad that was made donkey’s years ago.

#BoycottRedLabel started trending on Twitter after an old video resurfaced on the Internet from Ganesh Chaturthi in 2018, showing off Hindu-Muslim unity. The video was posted on September 13, 2018, and a year later, it ended up dividing all of Indian Internet.

The ad shows a Hindu man going to an idol-maker to find an idol of Ganpati for the festival, and while the idol-maker’s knowledge of Ganesh and Ganesh Chaturthi impresses him, he appears disappointed when the idol maker dons a skullcap — a symbol associated with Muslim men. The man in the ad can be seen walking away, until the idol-maker offers him Red Label tea, and explains how idol making is also a form of worship.

“In the era of social media’s dominance, people tend to believe whatever they come across online. Look, I know it’s not always possible to get a fact check done, but at least before acting and affecting others on the basis of these posts, people should think twice. I have come across such posts a numerous times. But, I try to check the comments before reacting to it as most of the time, the comments give you the real picture,” shares 25-year-old Swati Mahajan

It is most certainly nothing to be alarmed about as this habit where Indians don’t verify information online, and proceed to boycott without skipping a heartbeat, is older than Ross and Rachel’s “We were on a break” explanation. The only difference is the presence of social media in our lives. Things went a notch higher when Evan Spiegel, CEO, Snapchat, allegedly called India “poor” a few years back.

No doubt, this led to backlash but, in a hurry and because of a storm of misinformation, the wrong app got boycotted. People read the word ‘Snap’ correctly but mixed ‘chat’ and ‘deal’ and, alas! Snapdeal, the shopping app, got boycotted.

As the Amazon forest fire started ravaging the rainforest in Brazil, a set of heart-wrenching pictures of flame and animals caught in the devastation, were being shared on social media. Cristiano Ronaldo, Leonardo DiCaprio, Dia Mirza, Rakul Preet Singh and Arjun Kapoor were among the dozens of celebrities who used improperly sourced images of the forest fire in their posts about the disaster.

There is nothing wrong with showing your feelings about environmental causes and standing up for what you feel is right. But, it is important to keep your wits about and not to cry over spilled milk.

“People now a days are not careful enough, they don’t  check twice before sharing things on social media. That’s why I keep an eye on my grandchildren on what they watch,” shares 62-year-old Ramesh Sharma.