Find out sleeping signs that could spell doom for relationships

Intimacy is important in any relationship, we list bed time habits which may indicate that the chemistry is huts fizzling out. 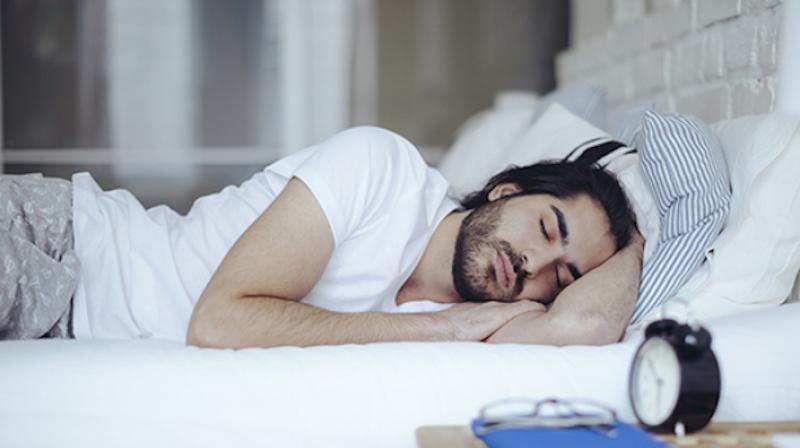 Sleeping back to back certainly makes intimacy suffer. It could indicate towards unresolved issues and facing in opposite directions is a bar to spontaneous kissing, intimate chats and eye contact. (Photo: AFP)

A bit of intimacy goes a long way in keeping relationships alive, but a shortage of time and varied interests might be taking  its toll on couples, it turns out, according to a poll by Benson For Beds, one in ten couples said sleeping apart caused their relationship to fizzle out and 28 per cent admitted it meant having sex less often.

Relationship expert Kate Taylor spoke to The Sun on how to spot the five trouble signs that could spell doom for a relationship.

Direction: Sleeping back to back certainly makes intimacy suffer. It could indicate towards unresolved issues and facing in opposite directions is a bar to spontaneous kissing, intimate chats and eye contact. This is one surefire way to drift apart.

Temperature: Temperature of the bedroom should not become a long-running issue. Women generally feel the cold more than men. With smaller bodies and a slower metabolism, they lose heat more quickly. Men have greater muscle mass to keep warm. A woman’s temperature can also fluctuate during her monthly cycle. Maybe changing what one wears, or a bit of adjustment at certain times of the month could do wonders for relationships.

Wrap issues: Silent bedcover wars are never a blissful way to spend the night. While tiredness does impact sex, hogging most of the duvet also signifies that the culprit is spending too much time thinking about themselves.

Distance: Too much of gap between partners could be a sign of a far bigger chasm. Maybe you have an unresolved argument or one of you is avoiding sex.

Timing: IF a night person settles down with an early riser, they will rarely find themselves at home at the same time. Having to snatch a moment of lust in the rare seconds you are in bed at the same time will lead to resentment, insecurity and loneliness.