Far from a level playing field

Efforts to ward off advances often results in no interviews, no campaign trips and unanswered phone calls. 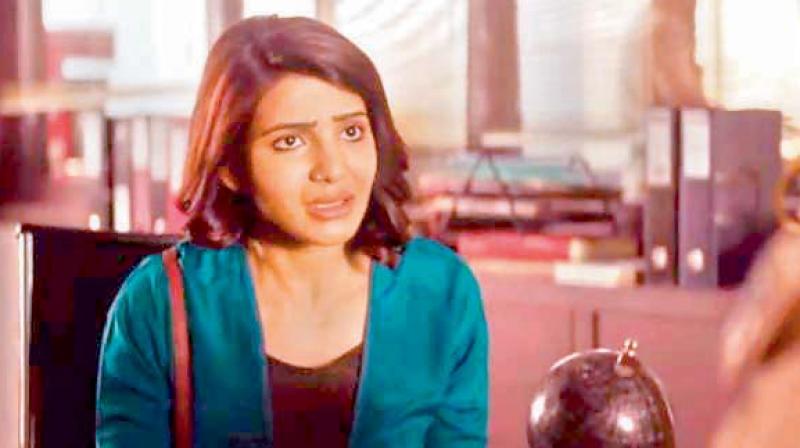 A still from the movie U Turn, a film about a reporter who investigates a series of accidents.

Power breeds arrogance, and most politicians exercise it to assert their control and authority. Amongst those bearing the brunt are women journalists on the political beat who are subjected to harassment, verbal abuse and even death threats from top ranking politicians, leading to an increasing number of them opting out to take jobs with NGOs and private organisations. The harassment is more pronounced in the Hindi heartland. And any effort to ward off advances often results in no interviews, no campaign trips and unanswered phone calls.

Recently Swati Chaturvedi received a death threat on Twitter; she was told that she could face the same fate as Gauri Lankesh, who was shot dead in her home in Bengaluru.

More recently, AAP MLA Somnath Bharti was booked for asking a woman journalist to become a prostitute during a live TV debate. He claims that the channel was ‘misusing’ its power. Earlier, a woman journalist in Odisha was harassed in a moving bus that had over 60 passengers. No one responded to her calls to the police and women helpline. Finally she had to post the incident on social media to attract attention prompting chief minister Naveen Patnaik to order an inquiry into the incident.

Delhi-based Neha Dixit received death threats after her story exposed Muslim women were repeatedly raped during the Muzaffarnagar riots. The residence of Malini Subramanium, a journalist in Jagdalpur, Chhattisgarh, was attacked and repeated threats were issued to silence her after her investigative report from Bastar.

Similarly freelancer Rana Ayub was trolled for months, morphed photographs of her were posted on the net, she was slut-shamed, and threatened with rape. Though she gathered support from peers on social media, she still awaits justice.

While lots of such incidents are on social media and thousands more are in the public domain, many are brushed under the carpet due to lack of support from peers. The fear of social stigma in conservative societies is another factor that stops women from reporting such cases.

JD(U) leader Sharad Yadav is an anathema for women journalists in Uttar Pradesh. At a press conference, he once ridiculed a woman journalist by calling her a parkati — referring to her short hair — and addressed another one as chashmish (spectacled). On both occasions, none of their male peers stood up for their female colleagues, emboldening the politician. Sadly, women journalists in UP now either avoid Yadav’s pressers or desist from asking questions.

In the mid 90s, Mulayam Singh Yadav, told his party men to teach a woman scribe who had written a report against him, a lesson. Shortly after this, his (now deceased) party leader telephoned her and threatened to ‘cut her into pieces’. The matter was taken up by the journalist association and the woman was given security for six months by the state government which was then under President’s rule. More recently Mulayam Singh lost his cool when a young woman journalist of a national TV channel asked him about the disproportionate assets case against him. “Why are you asking this question? Have I asked you who gives you the fancy clothes you are wearing?” the SP leader asked.

Beni Prasad Varma, a minister in the Mulayam Singh government, had also ridiculed a woman scribe who protested the inordinate delay in starting a press conference. “You say you are getting late today but have you forgotten that day when you can do without even taking bath for a personal work?” he said. The woman journalist, now in a top position in her newspaper, told this correspondent, “It was traumatic for me but I could not protest because my colleagues were smiling away to glory and my bosses were in no mood to cross swords with the minister or the government. Today, things are different because such issues can be raised on social media. In the 90s it was not so.”

Similarly, chief minister Kalyan Singh harassed a woman when she wrote something that irked him. He slapped a defamation case, cancelled the allotment of her government house, and made it a point to single her out at every press conference and castigate her for ‘mixing news with views’.

One of his aides, Ajit Singh (a mafia leader who was later slain) telephoned the woman journalist and threatened to eliminate her if she did not stop writing against Kalyan Singh.

The matter died down when the BJP MLAs — though for different reasons — revolted against the chief minister and Kalyan Singh was removed. The court case against the woman journalist was withdrawn by the subsequent Ram Prakash Gupta government and the mafia who had threatened her, apologised for the ‘inconvenience’.

“Kalyan Singh was a powerful politician and though BJP leaders of the time sympathised with me, they also expressed their inability to do anything. I went through this harrowing time on my own,” the journalist recalls.

Former SP leader, late Ram Sharan Das, was known to use abusive language in the presence of women journalists. Even former chief minister Akhilesh Yadav has reportedly referred to a senior woman journalist as ‘bua’ among his cronies. The remark was undoubtedly aimed at her age.

The only time women journalists joined hands to fight against this abuse was when they laid their hands on a tabloid published by a senior journalist during Holi in 1994. It bordered on pornography and graphically described the anatomy of women journalists. Shockingly, it had been funded by politicians across party lines and discreetly referred to at every press conference. While its publication was stopped, the case is still dragging its feet in court.

Asked about such incidents, Suresh Bahadur Singh, former secretary of the UP State Accredited Correspondents Committee, said, “There is no denying the fact that politicians, more often than not, use unparliamentary language without consideration for women scribes. The problem is that majority of the women journalists do not want us to protest in such cases. The growing influence of politicians in the media house is a huge factor because the female journalists do not want to lose their jobs.”

(Names of some women journalists have been withheld on request)