Self love is the best love

A healthy, self-fulfilled partner makes for a happier long-term companion. 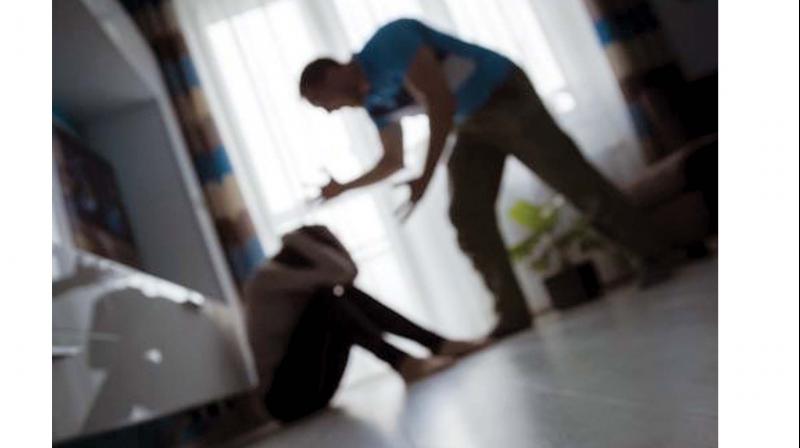 A marriage calls for compromise and sacrifice, but bending over backwards to make things work may not always be for the best.

There are times when relationships drag on out of compromise, for the sake of maintaining the ‘habit’ of a marriage. However, murky behind-the-scene scenarios often occur.

Isn’t it strange that though a woman gives up so much for a man and a marriage, when she is suffering at the hands of an abusive, philandering, irresponsible man/husband, she feels ashamed and tries to cover up her trauma? And that the man, to get away from the disrepute of his irresponsible behaviour of abusing his wife and even his children, makes it a point to malign her character and name, especially in a courtroom. It isn’t rare to see female lawyers use a 'cut-copy-paste' dirge to condemn a woman as being 'loose charactered' to absolve the man from the act of abandoning his vulnerable family and to influence the judge against the wife.

The disenchanted, guilt-ridden husband resorts to acts of subterfuge, which erupt with the simplest triggers and sometimes turns violent. This is a situation we see in many marriages today. The man may regret it later and ask for forgiveness, but no one should ever have to bear this in a relationship. If it’s the end of a relationship, the couple has to acknowledge the writing on the wall, weigh the repercussions and realise that, in many cases, marriage becomes a security blanket, a habit that has to be determinedly broken. And this decision will serve you better in the long run.  It is better for the children, the partner and everyone concerned.

My attractive outgoing friend, Zeenia, always seemed so happy and gregarious. One evening, to my utter astonishment, she broke down when I called to invite her to dinner. I would never have guessed that she was going through a traumatic marriage. She sounded broken and could barely speak. A little later, I received a note from her that I wouldn’t have expected in my wildest dreams.

“I have gone through four terrible years with my husband who I was with for the last twenty years. I gave up my life, my job, my everything for him. I should have left him when the physical, mental, emotional and financial abuse begun, but I was blinded by love and passion. I loved him more than life itself. We had two beautiful children - an older daughter and a younger son. I managed all these years until he abruptly left and abandoned us four years ago.

Initially, I didn’t know why, but then found out that he was secretly having an affair with a very close friend of mine, who came over every single week. They totally denied it but I saw what I had to.

Today, he’s moved on from that friend to a young starlet and when I was down and out, he called me to tell me about her and him. He wanted out completely. He said he’d “had enough”. I felt used and abused since he had kicked us when he no longer needed us just to stray with younger women.

I didn’t leave him, I needed a father for my children and a home. He left me. For way too long I didn’t have the courage and felt shame that he left us so I didn’t speak out. So sad that my ego was so hurt that I didn’t tell anyone except for my closest friends as I was ashamed 'of myself' for his cheating, abusing, and leaving us without even food or a livelihood. That was my biggest mistake.”

So many important pointers come out of this note that followed our short phone conversation. The most important pointer being that no woman should so totally give up her work, her identity, and her friends for that one man who she is obsessively involved with. I’ve seen so many women give up their individuality for the love of a man. If you sacrifice so much, you enter this space where there is a great degree of expectation, that the man must be beholden to something you did on your own free will. This paves the way for long-standing resentment.

Just from this one letter of bitter recrimination, a whole psychology unfolds of how many things can be easily righted in the beginning years so that a marriage is made more workable. More about this in my next column.