Year ender 2017: Mysterious events that stunned people across the globe

Every passing year brings its own share of events and stories which add to the list of elusive cases that have left people wondering. 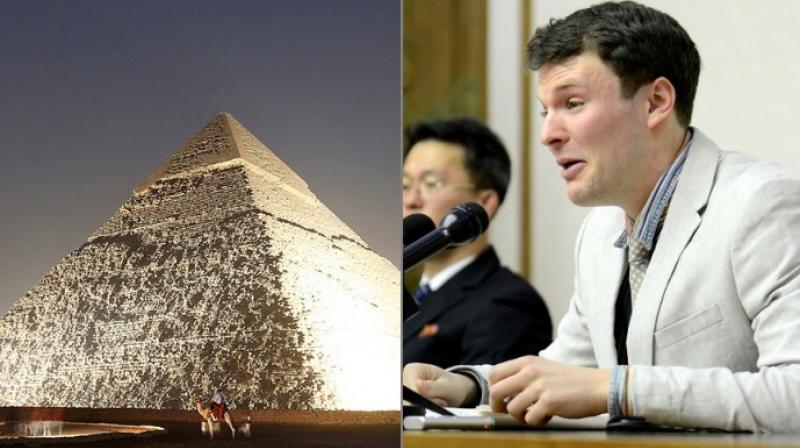 Conspiracy theories and rumours about major events in history continue to be dispelled almost as quickly as they start doing the rounds (Photo: AFP)

While conspiracy theories and rumours about major events in history continue to be dispelled almost as quickly as they start doing the rounds, it also means that many mysteries still remain unsolved. Every passing year brings its own fair share of bizarre events and stories which add to the list of elusive cases that have left people wondering.

A lot of news stories that can be described as anything between weird or bizarre to revolting were reported in 2017. But some of these garnered a lot of attention as they have left a lot of questions unanswered.

Mystery room in the Great Pyramid

The pyramids of Egypt have always been objects of curiosity with several legends and intriguing tales associated with them. When a group of researchers unveiled a mysterious chamber inside the Great Pyramid of Giza, the revelation raised more questions than it answered.

The room was found right above the pyramid’s gallery but it isn’t known why it was built. The team is currently working with others to come up with hypothesis regarding the purpose of the area.

For now they are considering all possibilities including multiple structures or another gallery inside the void which is yet to be accessed by the team.

Several incidents of mysterious booming sounds heard by people were reported from different places across the globe in 2017. While residents of Cairns heard the sound followed by the image of a fireball lighting up the sky on October 10, the people in Eyre Peninsula in South Australia a couple of weeks later as a blue meteor was spotted.

Experts say the sounds heard in 64 locations from Alabama to Australia may be caused by supersonic aircrafts or meteors exploding in the atmosphere, although NASA’s Bill Cooke said the accurate reason remain unclear. Meanwhile conspiracy theorists suggest something going on in earth’s inner core.

American student Otto Wambier was arrested in North Korea in 2016, only to be sent back on his death bed. What followed were allegations including one by Donald Trump claiming that he was tortured beyond belief.

He was sentenced to 15 years hard labour for allegedly stealing a propaganda poster in 2016 and died of brain damage six days after his return from North Korea. But despite several allegations and theories, no one really knows what kind of treatment left Otto’s body in such bad shape.

Hamilton County coroner Dr Lakshmi Sammarco said that his skin was in excellent condition without any evidence of bed sores, and that he had to have round-the-clock care to be in such a condition. An examination found the cause of death as brain damage due to lack of oxygen caused by an injury a year before his death.

But we may never know what really happened to Otto.

Octopi marching out of the sea

Thousands of octopi were found dead on several occasions in October following a baffling discovery by a dolphin tour group that saw the creatures marching en masse. While scientists were left astonished, experts were divided with one group saying that the octopi were preparing to end their lives after laying eggs.

Meanwhile another group of experts were of the opinion that they were looking for shelter, although no one knows the exact reason for the mysterious phenomenon.

City floating on the ocean

Another mystery that left everyone stunned was that of a city filled with enormous blocks floating in the Pacific. The mysterious place called Nan Madol located near the island of Pohnpei in Micronesia has 97 blocks separated by channels of water and has left archaeologists puzzled.

The site is known to be home to an ancient race but no one really knows much about them and most are clueless about why they built these blocks so far from civilisation.

In one of the most talked about and puzzling incidents of the year, US diplomats in Cuba reported brain injuries thought to be inflicted by some kind of sonic weapon. Many of them sustained permanent damage to hearing and also some damage to the central nervous system.

While the US government has been unable to figure out the real reason for this occurrence, they are clueless claiming that the facts and physics don’t add up. Some victims heard high pitch chirping while some woke up with a ringing sound in their ear that stopped when they moved away from the bed.