Pet hotels sprouting up across Jordan

Not so much a dog's life for Jordan's pampered pets. 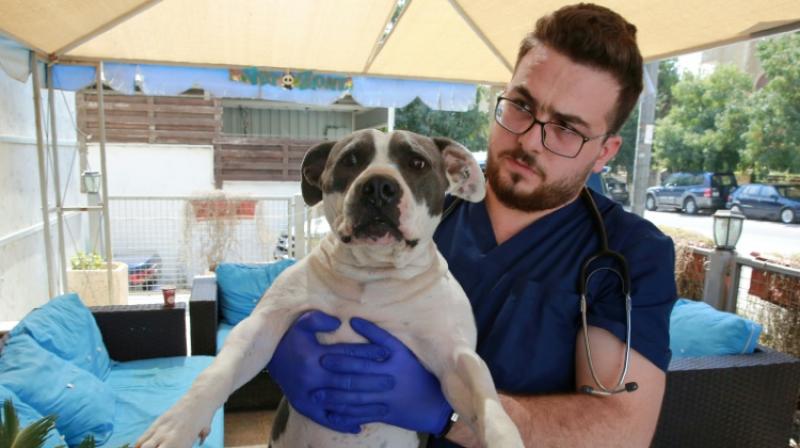 Despite taking a bite out of their wallets, Jordanians appear to prefer larger breeds, such as German shepherds, Rottweiler’s and huskies. (Photo: AFP)

Amman: Just a few years ago it would have been unthinkable to see owners walking their dogs around the streets of Amman. Now pet hotels are sprouting up across Jordan. Where strays were once mostly left to scavenge for food, Jordanians in a new trend in the Arab kingdom are increasingly willing to foot steep bills to care for beloved dogs and cats.

Despite the squeeze on their wallets in a country where the average monthly wage is just USD 600, Jordanians are forking out to pamper their pooches with accessories and top-notch care. There has been a "remarkable" rise in the number of pet owners, said Marwan al-Haj Ali, who opened the first hotel and training centre for dogs in Jordan in 2018 called The Pet Zone.

"We came up with the idea after noticing the need," he said. Apart from play and training areas, owners can indulge their favourite furballs with dog nail trimming for 10 Jordanian dinars (USD14), hair clipping and bathing as well as a hair-dry to keep those pelts looking purr-fect. Room and board cost three Jordanian dinars ($4) a day, with anxious owners able to keep an eye on their pets via online cameras.

"Twenty years ago if you had told anyone that you were leaving your dog in a hotel, he or she would have definitely laughed at you," said Haj Ali, smiling as a worker behind him dried off a huge black German shepherd.

More and more Jordanians are also breeding dogs and cats, and owners now proudly stroll through the capital with their pets on a leash. It's "not like before, it used to be embarrassing," said owner Alaa Kalemat.

The 29-year-old medical centre worker considers her small, white chihuahua terrier mix, Lucy, a member of the family, and price is no object when it comes to her care. "I don't feel that the costs are important, compared to Lucy's importance," she said, during a routine check-up at the Vetzone pet health centre.

But looking after their pets is a struggle for many people. Unemployment in the resource-poor kingdom is at 19 per cent and the poverty rate hovers at more than 15 per cent, according to official figures. "It is a burden on the monthly budget," acknowledged Sami George, a director at one of Amman's top hotels and owner of a grey French terrier.

"Everything is expensive in Jordan and that applies of course to pet food, accessories and health care," he said. In recent years, anger at the rising costs of living and price hikes has spilt over into street protests. The cash-strapped country is highly dependent on foreign aid and has grappled with trying to curb its debt that has risen to more than 96 per cent of GDP.

Despite taking a bite out of their wallets, Jordanians appear to prefer larger breeds, such as German shepherds, Rottweiler’s and huskies. And the puppies don't come cheap, with prices for the bigger breeds starting from around USD140 and soaring to as much as USD1,700 -- not to mention the costs of routine medical care such as vaccines and neutering.