Decoding tech for the elderly

Meet Aparna Thakker, who is trying to simplify the world of technology for the elderly, one video at a time. 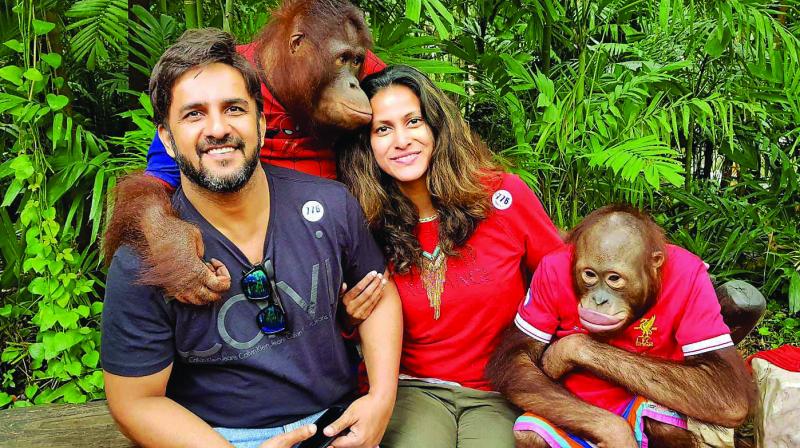 Aparna unwinding on a trip.

Gone are the days when people would play safe and think of risks as something meant for younger lot, who are not bound by the domestic responsibilities or financial liabilities. People these days are taking risks at every stage of their lives and moving out of their comfort zone to pursue their long-cherished dreams. Among them is Mumbai-based Aparna Thakker.

Mother of two daughters, 38 year-old Thakker is the CEO of new-age technology startup Empowerji mobile app. Her venture intends to empower senior citizens by bridging the gap between older adults and technology adaptation.

With simple videos in Hindi, Marathi and Gujarati, Thakker’s venture for senior citizens paves the way for them to learn the procedure to use technology step by step. From booking a cab to ordering food online to transferring money, Thakker’s ‘How to use’ videos are enabling the older generation to be friendly with mobile applications.

“By observing seniors within the family and around, I knew mobile apps and technology, in general, was a challenge for them and once I knew that the problem is widespread, I decided to pitch this idea,” says Thakker, who long cherished the dream of being her own boss.  Like many, the journey of this engineering graduate to here involved several steps — including one to pursue a master degree from the United States and others at big IT companies.

Falling in the age bracket between the elderly and youngsters, Thakker could observe both the lot and it was the dependency of elderly on youngsters that bothered her. “Though the technology has changed our lives, people over 50 are not yet comfortable with it entirely. I wanted to change the idea of their dependency on children,” asserts Thakker, who also defends the idea of technology being only for youngsters with her venture.

Though Thakker’s entire course of the action revolves around technology and mobile apps, she has an army to take care of social media for her venture. “I have deliberately stayed away from social media platforms because they can get addictive. I would rather do something more meaningful,” adds Thakker who likes to be consumed with her pet and family over social media. Besides work, she is a foodie and can be found exploring a new eatery every weekend. Perhaps to balance these calories, she also likes to hit the gym at least five times in a week. The young mogul takes breaks from time to time and often sneaks out to Goa or somewhere abroad. “Travel brings a new perspective in me, I want to visit all the places that are there on my list,” she gushes.

While the world is still full of people expressing their apprehension about women becoming successful entrepreneurs,  Aparna advocates the fact that women are nurturing by nature and have an emotional quotient as essential qualities while running a corporate. “Men are very goal oriented. On the other hand, women entrepreneurs bring an emotional aspect to the business that is often overseen by men. These traits could bring in a very different perspective to problem analysis and solving, which could be great for business. For these reasons, I think women make great entrepreneurs,” she avers.