Vijay Vikram Singh, the voice of Bigg Boss on the reality show talks about his successful stint, web series debut and Salman Khan. 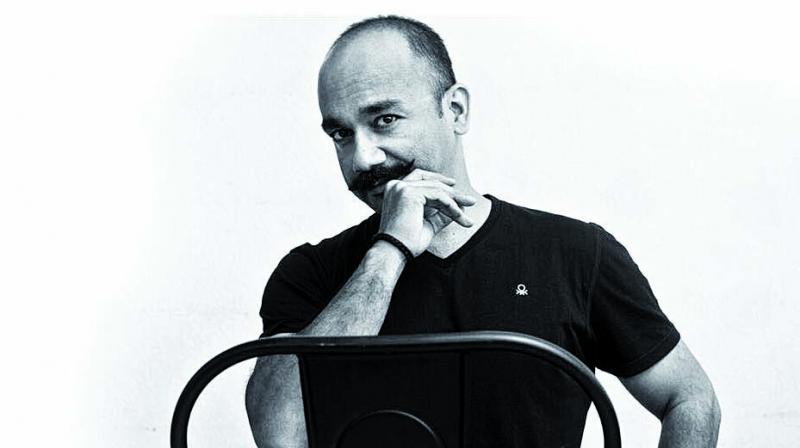 While the official face and voice of Bigg Boss is the incomparable Salman Khan, there is another man who has slowly gained recognition due to his deep baritone. Meet Vijay Vikram Singh, the narrator on the reality show, who began as a business development manager at a MNC in Kanpur, after which he moved to Mumbai and began training as a voiceover artist.

“My friend Shivangini told me to train myself in voicing, and she took me to a studio in Andheri. The first voice test was a major failure, and I was shunted from the studio and was told that my voice is unsuitable. Thereafter, I worked on my voice and started working for a FM channel for almost two years. I then started working for a reality show. I started my career with Dance India Dance (2009) where I was selected via an audition for Bigg Boss. I have been associated with the show since Season 4 (2005),” Singh reveals about his career journey.

He is also a voice coach for other actors, including newcomer actress Sharvari, who is the lead in Kabir Khan’s web series The Forgotten Army. “I have trained her for voice modulation. She is a very dedicated actor; I give her example to all my other students. In spite of being perfect in Hindi, she did 12 sessions with me in order to improve her language skills,” Singh reveals, adding that he uses basic tools to train the actors.

“I take verses from (Amitabh) Bachchan sahab, and also take some Hindi text to train the actors. I especially ask them to read in Devnagari and improve their Hindi language,” he explains.

Speaking about his work on Bigg Boss, the voice artist reveals that he has to follow a pre-approved script. “It is not at all extempore. However, I don’t have to do anything, I am given a script and I follow it. I think they have to be non-biased while writing. You cannot write negative narration for any individual contestant,” he says.

As for his paycheck, Singh laughs that his MNC job would not pay him the same amount and adds, “I get paid according to every season. We decide it in the beginning of every season and it is given to me as decided in instalments.”

He also has nothing but praise for his co-worker Salman Khan, whom he meets occasionally. “I first met Salman Khan on my birthday; I requested them (organisers) to introduce me to him. That day we clicked a photo and he wished me good luck. Now too whenever he meets me, we exchange good wishes. He has this quality of a thorough human being,” he smiles.

As for the show itself, the voice coach denies that the content has become more scandalous with every season. Instead, he asserts that the content is real, and is similar to what it used to be in past seasons.

“Nothing is dramatized. Being a reality show, whatever happens, is telecast as it is. Undoubtedly, when you are cut off and kept in a secluded atmosphere, where you see the same faces every day, the atmosphere turns fiery at times,” Singh explains, adding, “I don’t feel this season of BB is sexier at all. Nothing much is different in comparison to all the earlier BB shows. As BB has fetched more TRP, it has garnered more eyeballs.”

As for the future, Singh hopes to keep his job as a narrator on Bigg Boss. “I am very happy being the part of BB. I don’t wish to leave this show; it has given me a lot,” he gushes, adding that this job has opened many other doors for him. “When your work is appreciated, it’s like receiving instant gratification from the client. Through this profession, many more avenues have been opened for me.”

One of these doors leads to an acting career. “I will take my journey forward with acting, and my voicing career will also go ahead. I am acting in a web-series titled The Family Man starring Manoj Bajpayee. Season 2 of the show is releasing in September 2020,” he reveals in conclusion.