Clearly, while most shows start with good intentions, they usually end up repeating the same emotional drama to rake in the TRPs. 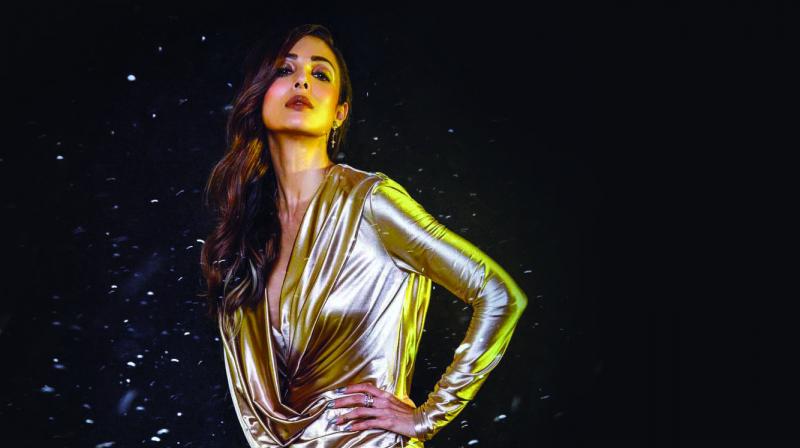 There’s a reason TV reality shows make one cringe—apart from the unnecessary dramatization, there’ that thing about disrespecting the viewer’s intellect. Clearly, while most shows start with good intentions, they usually end up repeating the same emotional drama to rake in the TRPs.

One such instance was in the recent season of MTV Supermodel of the Year. The ten finalists are assigned tasks to claim the title, but a contestant named Renee Kujur gets pulled up as she is unable to walk underwater. As one of the judges on the show, Malaika Arora loses her temper and lashes at Renee, which makes for excellent TV drama but surely only breaks the spirit of the aspiring model. And while Malaika’s behaviour on national TV is already getting her flak, real-time models find her rudeness completely out of line.

Even as one wonders if all the drama on TV is scripted for that much-hyped TRP, fashion photographer and ex-judge of the show Dabboo Ratnani believes it real. “I’ve been a judge in the show in the previous seasons and it’s a mixed bag of emotions for us as well. Sometimes we just get frustrated to see girls with immense potential not performing well, and the harsh comments and feedback during the shoots pushes them to perform better the next time,” he says. “To be fair, though, we also appreciate the models when they do well. So, no, the shows are not scripted, and the outbursts you see—a model in tears or judges losing their cool—is all part of natural progression at the model house. Yes, but sometimes, the show editors also use dramatic effects and edit the bytes in a way that it may look harsh to the TV audience.”

Talking of the work atmosphere, model and actor Jessy Randhawa, who did her own stunts for Khatron Ke Khiladi in one of the seasons, reveals how the negative environment could be quite stressful for young aspirants especially in competitive fields such as the showbiz and modelling. She believes bullying newcomers to be just the tip of the iceberg.

“Reality shows are often thought to be scripted, but as a model, there are extremely tiring days and, on top of it, constant criticism could become very toxic. I remember during my modelling days, I had a choreographer taking out all her frustrations at me, but I gave it back because I knew I was doing my best. I honestly feel that the models shouldn’t take unnecessary insults hurled at them. They have to be very professional while working,” says Jessy.

Similarly, model Aishwarya Singh recalls her gig with the Kingfisher model hunt back in 2015. “The environment was different for the show that was aired on NDTV Goodtimes. The Kingfisher TV producers made us work for more than 20-hour shift. That being my first job, I was clueless if those work hours was a norm. They like to see you cry, which you easy for a contestant to break into, too, because she is exhausted, and the exhaustion taints her ability to make decisions. That being said, while I know there are certain bullies in the industry, just like there are in any other workplace, from my own experience, I know there are also people who are helpful towards new girls. I learned all my basics from the show I participated in, but then there is a long way when it comes to personal grooming and in becoming a good model. Most of the judges in real life are very different from what we sometimes see on TV. For us, real-life projects are completely different from most of the tasks on the TV. I believe that as individuals, we have to stand for ourselves if we are being told off for no reason,” says Aishwarya.

Scripted, with a dose of meanness

Even as most models disagree with Malaika’s rude outburst on national TV, model and actor Amit Ranjan believes that all reality shows are scripted to some extent.

“The drama is understandable because one cannot manage random chaos,” chips in Amit. “The nature of this particular genre of reality shows is primarily based on emotional outbursts, where contestants are the collateral damage. However, the issue is deeper than this because as an adult audience, despite being well aware of all this, we support such patterns… and that is a worrying trend. As regards the hunt for a supermodel, it’s rather hilarious because the expectations from the contestants are just too much. For starters, I do not believe that the ones judging the show have, in any way, have gone through the same drill. But I guess the price you pay for shortcuts and instant fame is a lot more than otherwise.”

As per fashion-blogger Shilpa Arora, such reality shows should have decorum and rules. “Newcomers do get bullied across almost all industries, but what mentors should refrain from is passing demotivating statements,” says Shilpa. “Contestants on a reality show come from different backgrounds and try to adopt what they are asked to do. What I have noticed in the MTV Supermodel show is that the tasks are extreme, and the contestants are either thrown into the air or are thrust into the water. And they have hardly any time to prepare.”

Then pointing out another instance in the same show, Shilpa, who has been a part of the fashion industry both as a fashion blogger and as a corporate communications, adds, “In the same show, it was miserable to watch Anusha telling a Sakshi Shivdasani, a contestant, ‘I have zero faith in this girl.’ Another girl, Drisha More, who has dreadlocks, was advised to shave off her hair. Yet another contestant Yukti Thareja was told that she has a very daily-soap face. And Renee Kujur, whom Malaika shouted at, is an experienced model. But she was told that she is ‘lost and disinterested’. Everyone has a unique personality; mentors should not be creating such demarcations when they have come on the show with a different motive. Everyone in a reality show tries to do his/her best to carry ahead. Honestly, through all my time in my profession, I have never heard such rude remarks elsewhere.”