The highly coveted award for the ‘best mullet of all’ went to Shane ‘Shag’ Hanrahan, who began growing his mane in 1986. 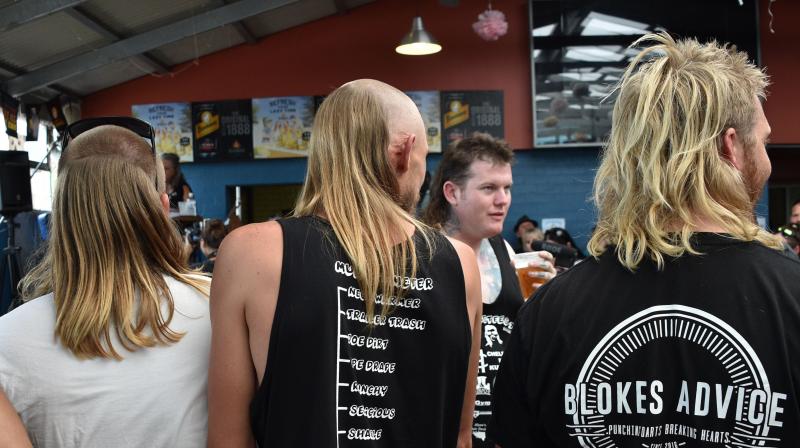 SYDNEY: A small Australian town that claims to have created the mullet, the “short on top and sides but long at the back” hairstyle favoured by ‘70s rock stars, picked the best of more than 150 specimens at the weekend.

“Here in Kurri, we believe that we actually created the mullet,” said Laura Johnson, who runs the Chelmsford Hotel, a vintage-style pub in Kurri Kurri in New South Wales and came up with the idea of the festival.

“We thought we would give our locals a chance to strut their stuff.”

The festival, held in the pub’s beer garden on Saturday, drew mullets of all stripes and colours, their owners dancing and drinking despite temperatures as high as 35 degrees Celsius (95°F).

“I’ve had mine since 1972, so most of the guys I‘m competing with probably weren’t even born then,” said Laurie Manuele, one of the contestants.

A winner was declared in each of five categories, ranging from everyday and grubby, to red-haired, women’s and juniors.

The highly coveted award for the ‘best mullet of all’ went to Shane ‘Shag’ Hanrahan, who began growing his mane in 1986.

“I don’t know what to say, I’ve got stage fright,” said Hanrahan, whose hairstyle seemed to be his preferred mode of self-expression.

The festival is expected to return next year, as the Hunter Valley town of 4,000 people is dependent on the tourist dollar after losing its largest employer, an aluminium smelter, in 2012.