With accidental drowning and traces of alcohol leaving people in doubt, some questioned the report itself. 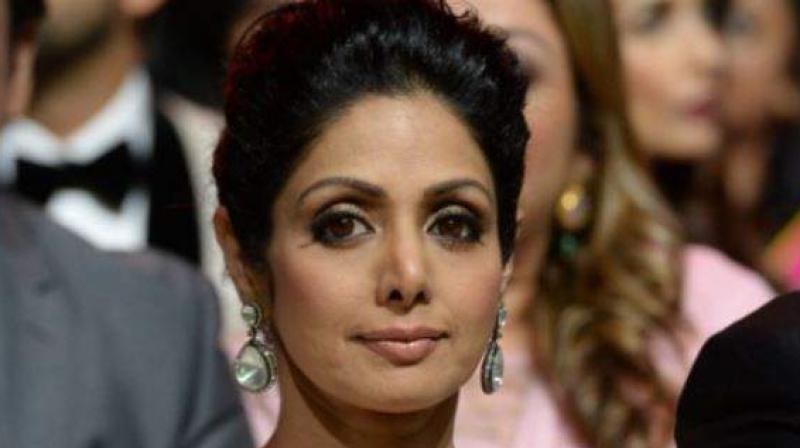 A day after Bollywood lost one of its most iconic actors, the condolences and tributes were followed by speculations about the tragic death. While initial reports suggested Sridevi lost her life to a heart attack, more details have emerged casting a shadow of doubt over the series of events.

As the nation mourned the untimely death of the legendary actress, images of a forensic report mentioning the cause of death as ‘accidental drowning’ started doing the rounds.

Okay, so drowning is the cause of #SrideviDeath. Most media houses are reporting this, as 'Accidental Drowning'. Officials in Dubai now confirming off-the-record. Official statement about the incident is expected soon. This is so tragic. If an accident, this is most unfortunate. pic.twitter.com/zSpeK2JWCD

This was followed by updates mentioning that traces of alcohol found in her blood, causing people to wonder what the actual cause of death was.

Do healthy women "accidentally" drown in their bathtubs? https://t.co/faUBJ35XDa

Twitterati was quick to react to the news with some expressing a sense of disbelief over the reports.

How can one get drowned inside the bath tub.. Seriously i cant believe this. Surreal.. #SriDevi

Under the influence of alcohol, lost her balance. Fell into the bathtub and drowned. #Sridevi

Sridevi known for her drinking habits in 80s itself, nothing new. But dying of alcohol intoxication by drowning makes the things suspecting.

#RIPSridevi #Sridevi Drowned in bathtub ? Is it some scene of Sherlock Holmes.

Followed by those who came up with their theories about what may have happened based on updates.

If she was under the influence of alcohol, how did she lock the bathroom door from inside?? Initial reports say that #BoneyKapoor force opened the door as she didn't come out even after long time. #Sridevi #sridevideath https://t.co/zpn1ualdOg

U need to be blacked out drunk to be drowning in a bathtub!! Ur senses will alert u when u r drowning even when u r drunk. And someone who is going for dinner wouldn’t be that drunk! #accidentaldrowning #sridevi #gulfnews #funnyforensics #SrideviDeathMystery

Many expressed their doubts over the authenticity of the autopsy report.

How can autopsy say "Accidental" drowning? They can only say drowning. How can autopsy reveal if it was accidental? Strange report. Unless there is something we don't know as yet. She was unconscious in the bath tub. Why was she unconscious is the question? #Sridevi

And also saw that how can professional doctors may misspelt Drawning instead of (drowning)? 🤔🤔

Then came those who suggested there may be foul play.

Some also connected her death to that of Divya Bharti which has also been subject to several conspiracy theories.

Both Divya Bharti n Sri devi came from south.
Both were said to be similar.
When Divya bharti died, it was said that she fell from a building in effect of alcohol.
Many people believe that sri devi was behind it.

While people keep debating the cause and nature of Sridevi’s untimely death, she will be remembered for her performances that continue to inspire actors who aspire to follow in her footsteps.