Take a break from the hustle-bustle of the Maximum City and learn the art of pottery. 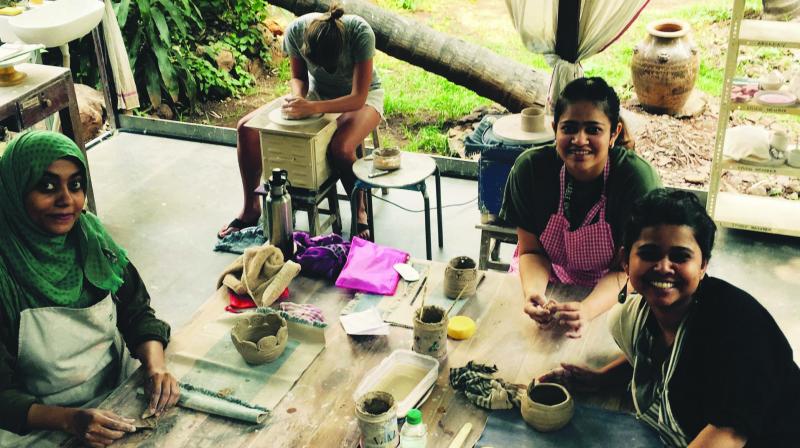 The Pottery Lab workshop Participants pose with their work

Surrounded by lush greenery lies a cute little shed, wherein, people from various walks of life, hands covered in mud, are engrossed in giving the block of mud a shape. Moving their hand in rhythmic motion on the pottery wheel, each one of them is captivated in moulding, carving and sculpting the clay.

The Pottery Lab, located in Pali Hill, is a breather from the chaotic city life, where ceramic artist Rekha Goyal teaches pottery to enthusiastic participants. “I have always felt that art needs to be a part of everybody’s life as individuals and as a society. But outside of our primary and secondary schools, there is little access to the arts and crafts. I set-up the lab with the intention of introducing people to pottery and ceramics and as a way of making art accessible to people,” says the artist.

But what started as a way to give artistic experience to people has now outgrown from its initial motive. Though a niche art form, participants have started to find solace in it.

“People get interested in learning pottery for multiple reasons. There are some who see it as a way to learn a new art form; some see it as a meditative medium, almost as a form of yoga, which they want to immerse themselves in. Some people join purely to get away from their professional routines and to spend some time with self,” explains Rekha, who also believes in the therapeutic benefits of playing with the clay. “Clay engages us effortlessly across multiple dimensions — physically, mentally and emotionally. That’s what makes it therapeutic,” she adds. 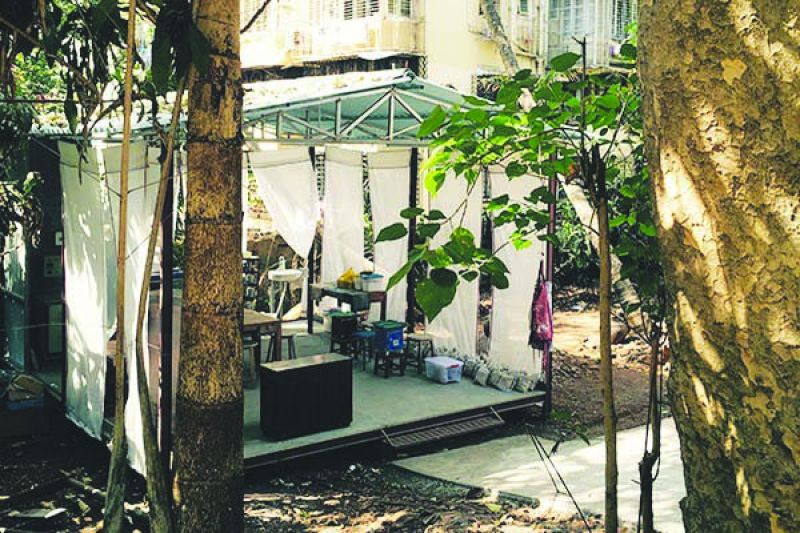 And over time, the number of people interested in learning pottery has increased making it a new trend in the city. Looking back at her journey, Rekha says, “I started teaching pottery 17 years ago. Since then the interest has grown largely. Students come from various parts of the city, most are working professionals who take time out from their busy schedules to spend a few hours a week with clay and with themselves.”

Beginners get to learn basic techniques like operating the potter’s wheel, application of glaze as well as decoration techniques. Rekha also conducts workshops on advanced techniques like Japanese Nerikomi where colourful clays are stacked, folded and then pressed into logs, sliced, and arranged to form a vessel.

Despite being set in a beautiful backdrop, Rekha gives credit to the positive vibe pottery brings to her class, she says, “It’s the people in a space that make it energetic and beautiful. At the pottery lab, we are very serious about our teaching while also ensuring that students are relaxed and enjoying themselves. The Lab has a positive vibe because of the teachers and the students and that’s what makes the space beautiful.”

Though overwhelmed with the response, Rekha still wants to better herself. “Everybody is loving it so far! We hope to increase the variety of sessions and workshops that we offer but we are already functioning seven days a week so hopefully we’ll be able to do it sooner than later,” she concludes.