The employee planned the expose strategically as he is already set to join a new job. 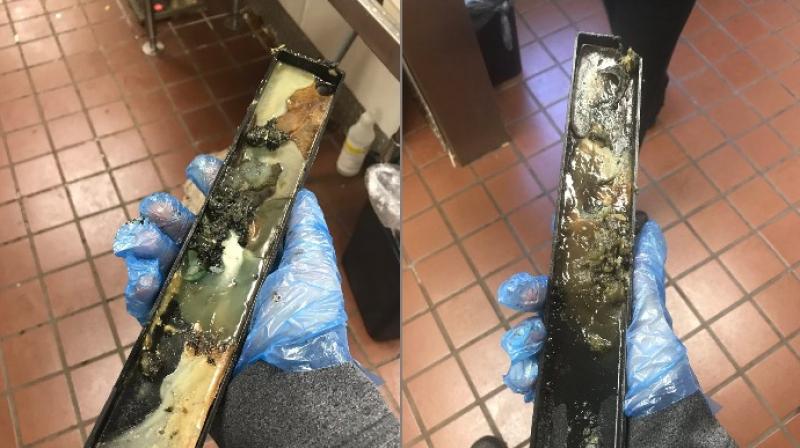 The pictures created a ot of buzz on social media (Photo: Twitter)

Eating at fast food outlets may be a delight for the taste buds, but junk food isn’t exactly known for being healthy. Recently fast food chains like McDonald’s and Burger King came under fire for faecal material in ice, and now it seems McDonald’s may be in trouble again.

A former employee of the burger giant posted pictures on Twitter showing greasy pictures of a meal tray, claiming that it came out of an ice cream machine at an outlet he worked at.

This came out of McDonald's ice cream machine in case y'all were wondering... pic.twitter.com/DTXXpzE7Ce

This is the side of the ice cream machine! It's not from a grease trap pic.twitter.com/nMpnFxAvZ4

His tweets created a buzz on social media as people were shocked by the revelation about the truth behind the ice creams they were consuming.

this is low-key a Scooby-Doo level unmasking: https://t.co/QW6JpouPbp

Every fast food worker should expose this if it's happening at their store. That shit is gross.

He's not as innocent as you think pic.twitter.com/c38Bzy4jeP

The employee also tweeted saying that he planned the expose as he was fired from McDonald’s and is already slated to join a new job.

I got fired from McDonald's. I strategically planned this because I start working at my new job Friday. I planned on losing my job.