Kenyan-born Briton had put on his rainjacket and was cycling back to Team Sky bus when policeman on side mistook him for fan. 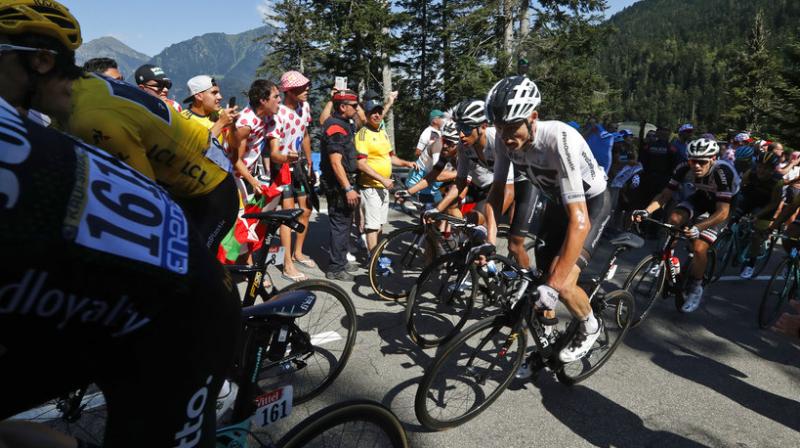 Saint-Lary-Soulan: Defending champion Chris Froome almost crashed out of the Tour de France -- after being knocked off his bike when an overzealous policeman mistook him for a fan on stage 17 Wednesday.

The Kenyan-born Briton had put on his rainjacket and was cycling back to the Team Sky bus when a policeman on the side of the road mistakenly took him for one of the thousands of cycling fans who traditionally ride up the mountain stages to catch a glimpse of their idols.

He tried to get Froome to stop and in the confusion the six-time Grand Tour champion crashed.

He avoided injury and is set to start stage 18 on Thursday.

"It was a misunderstanding. Chris is fine," said a Team Sky spokesman.

Froome, who had been aiming for a fourth consecutive Grand Tour victory after triumphing at the Vuelta a Espana last year and this year's Giro d'Italia, is now in a battle for a podium place.

Team boss Dave Brailsford said they will now plan to make sure Froome joins Thomas on the Tour de France podium: "He's not out of it necessariy, there's a big mountain day to come, and the time trial.

"We'll sit down tonight, review everything, see how everybody feels then make our plan of attack."