Scientists find clues on how soils may respond to climate change. 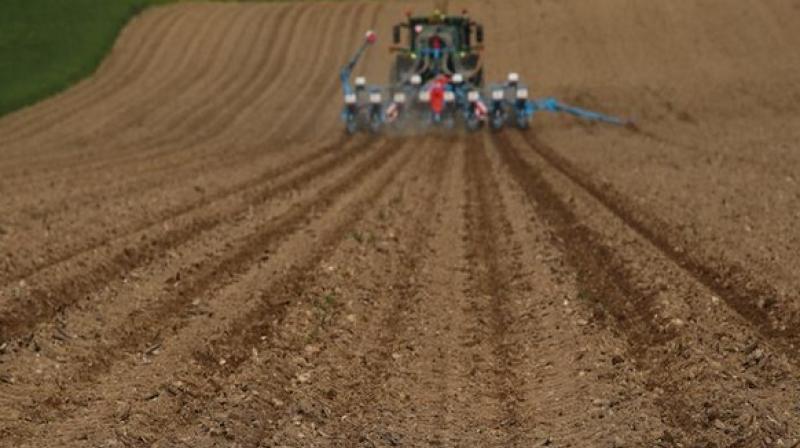 Washington: According to an international team of scientists, rock core samples from a period of warming millions of years ago indicate soils contributed to a rapid rise in atmospheric greenhouse gas and suggest modern climate models may overestimate Earth's ability to mitigate future warming.

According to the researchers, ancient soils from a site in modern-day Wyoming acted as a source of atmospheric carbon dioxide, emitting the greenhouse gas into the atmosphere, and not a sink, trapping and storing carbon underground.

The researchers said this could mean global climate models, which expect soils to be a sink, may overstate the ability of terrestrial ecosystems to lessen the impacts of climate change. However, additional studies are needed to see how soils reacted to the PETM in other parts of the world.

The findings were published by The Journal Paleoceanography and Paleoclimatology. "We see the amount of carbon drops drastically, by orders of magnitude, during this PETM event," said Allison Baczynski, a postdoctoral scholar in geosciences at Penn State and lead author on the study. "So at least in Wyoming, my data suggests soils acted as a source, not a sink, for carbon dioxide, which could provide new information as we try to figure out where our climate is heading."

Baczynski spent parts of four years improving the sensitivity of the equipment by two orders of magnitude, and using that tool, the team collected the first biomarker record of the PETM from terrestrial core samples.

She explained that, in the Bighorn Basin, it appears that high PETM temperature, seasonally intense precipitation, or a combination, accelerated organic matter decay rates such that they outpaced plant productivity and ultimately resulted in reduced soil organic carbon during the PETM.

Baczynski said, "The instrument she developed will help with similar fossil research and has boarder applications to study materials with low carbon levels, like extraterrestrial samples that could someday come from Mars."